Another weekend behind us, St. Louisans had plenty of opportunities to see the stars this weekend. 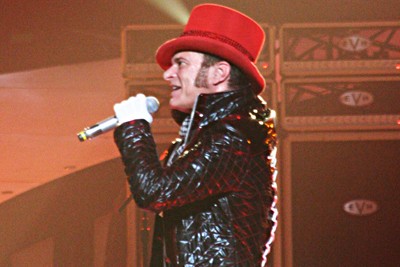 Shae Moseley was at The Pageant on Friday to see Black Rebel Motorcycle Club and has a recap; music editor Annie Zaleski has photos.

On Saturday night, Van Halen finally made it to St. Louis (after canceling back in October), and played a sold-out show at the Scottrade Center. Panama! Check out these photos by Lauren Winchester. And read how Van Halen's show was in this review by Annie Zaleski. The set list is included in the review for you fans.

Grammy winner Alicia Keys was at the Scottrade the night after Van Halen's show, and on Sunday crooned out the weekend. Kristy Wendt has a review of the show, if you missed it, here. See photos here.

Check the Riverfront Times tomorrow for a review of Tim and Eric (from the Cartoon Network show, Tim and Eric Awesome Show, Great Job!). The comedy show will be at Off Broadway, but is sold out. We'll have the review online Tuesday.