You might be on a post-concert high from seeing one of the several solid touring bands that rolled through town over the weekend. You might be only so-so after seeing the United States tie Argentina 0-0 on Sunday. You might be hungover from all that Sunday night boozing. No matter what your mood, it's back to Monday. Now is the time to catch up with what you may have missed over the weekend. 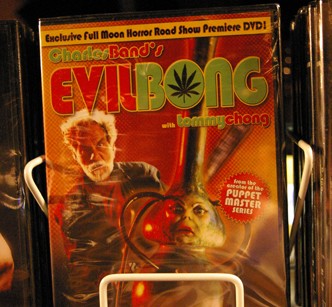 After three evenings of indie rock, California pop, sweaty soul and well-rehearsed alt-country, the titular “twang” came back to Twangfest for the final night of the festival. All four bands played audible strains of country and folk, referencing traditional forms and updating them with modern flair. Off Broadway was about half full by the time local boy...Read More

Del gave the audience what they came for, including a couple of his classics from the “golden era” of rap (such as “Mistadobalina” and “Dr. Bombay”). Del took a break to give A-Plus the spotlight for a moment, and he rocked a solo joint...Read More

The Cannanes at CBGB, Friday June 6

Appearing at the tail end of a fun but very long bill, the Cannanes played a set of songs old and new for an enthusiastic crowd. It's been awhile since I've seen them, and they did not disappoint...Read More

R.E.M. is looser and happier than I’ve ever seen them live. What struck me most last night is that they’re still the most human band...Read More