What's Up With Whats Up? 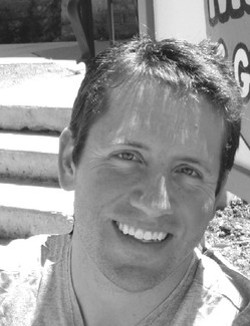 Jay Swoboda has good cause for his smile today.
Today is the day of reckoning for Whats Up magazine. Earlier this month, Whats Up's founder and main main Jay Swoboda appealed to the public for moral and financial support. Without both, Swoboda planned to shut down the social justice publication after a decade as the voice of St. Louis' homeless population.

The magazine's financial goal was to raise $5,000, but generating a renewed human investment of dedicated volunteers to help write and operate Whats Up was much more vital for its long-term success. Late yesterday afternoon, Swoboda contacted us with the final numbers of the fundraiser, and the future looks very bright indeed.

On the people front, Swoboda's faith in the citizens of St. Louis was rewarded by a large uptick in volunteers. "Last count was 18 new volunteers, including a volunteer editor-in-chief and vendor coordinator which were two major unfilled positions. Yes, we ARE continuing and hope to have our 10th anniversary issue out by the end of February," Swoboda promised.

Look for vendors with badges and a renewed sense of purpose on the streets in a few weeks. And remember that it's never too late to help. You can still donate (906 Olive Street, suite 1212; 314-241-7744 or www.whatsupstl.com) and volunteer for as long as Whats Up continues -- which hopefully, will be quite a while yet.