Who's Who of Ferguson Protests: Leaders, Activists 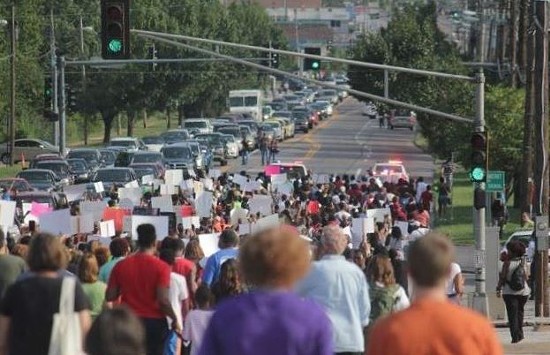 They've certainly made the situation on West Florissant Avenue more confusing. What began as a primarily local uprising against police brutality has become the national epicenter for dissent. The situation is only growing more complicated and contentious as the investigation into Brown's shooting drags on.

We've been reporting in Ferguson since the beginning, and it's no small challenge to understand the dynamics at work inside the protests. We've put together a reference guide to some of the most visible and vocal players on the scene.

See more Riverfront Times coverage of the unrest in Ferguson and the death of Michael Brown.

They may not be grizzled by age, but these individuals carry the heaviest clout in the Ferguson protests. With outsized personalities and committed followings, these are the movers, the shakers and -- potentially -- the leaders. 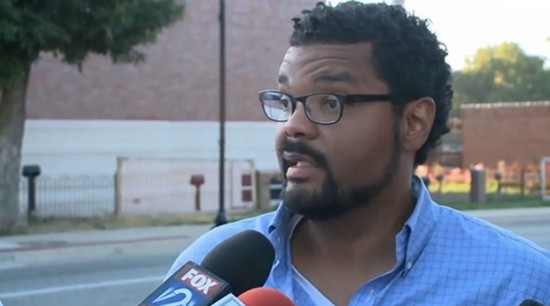 If you spot 21st Ward Alderman Antonio French in Ferguson, he'll likely be Tweeting. Or Vining. A former journalist, French hops between protest observer and protest participant with incredible ease; he's attracted 119,000 Twitter followers and a reputation as a calming force on the front lines between demonstrators and police. Though he doesn't live in Ferguson or politically represent its residents, French is arguably the loudest, most respected voice advocating for peace and justice.

Police arrested French last Wednesday for unlawful assembly, but he was released after 24 hours without bond. Since then, he's become the go-to local commentator for national and international media. However, some -- like the the French newspaper Le Monde -- have expressed unease over the alderman's sudden popularity, and characterize him as a skilled opportunist with higher political ambitions. 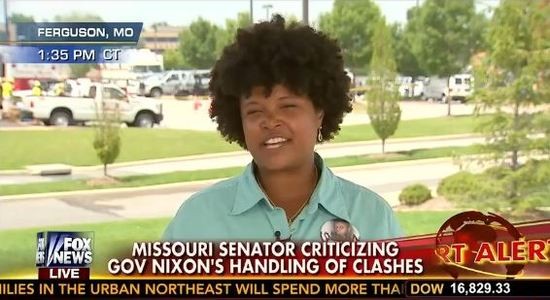 "FUCK you, governor!" she tweeted Thursday, expressing frustration with Nixon's silence after three days of tear gas and militarized police presence on the streets. It's not just Nixon in her crosshairs: At a press conference the day before, she asked Ferguson police chief Tom Jackson if she "was going to be gassed again, like I was on Monday night."

"I hope not," said Jackson.

Senator Chappelle-Nadal represents part of Ferguson, and her profane ire at police officials and Nixon netted the Democrat media attention and Twitter love, though far less than French. She hasn't stopped battering Nixon, either: She recently called out the governor for his lack of interest in the black community and publicly speculated that Missouri Highway Patrol Captain Ron Johnson is a "pawn" meant to distract the public from Nixon's failures. 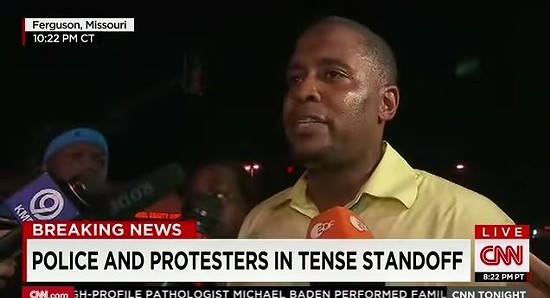 via
Malik Shabazz says groups like the New Black Panthers and Black Lawyers for Justice keep order in Ferguson.

Malik Zulu Shabazz If there's anyone really angling to become the leader of the Ferguson protests, it's Malik Zulu Shabazz, the former leader of the New Black Panther Party and current head of the Black Lawyers for Justice. He's been all over the protests. With megaphone in hand, he has urged rowdy demonstrators to to resist engaging with riot cops, and even encouraged crowds to go home before curfew. Riverfront Times reporter Ray Downs spotted him on Saturday hugging young protesters and telling them that he's their "big brother."

Depending upon who you ask, Shabazz is either a peaceful community organizer or a spotlight-chasing black supremacist. His tumultuous reign as head of the New Black Panther Party ended after more than a decade in 2013, and the Southern Poverty Law Center characterizes him as an anti-Semitic black nationalist with a penchant for provocation.

This past Saturday, Shabazz told Captain Ron Johnson that he and members of the New Black Panthers, Nation of Islam and Black Lawyers for Justice should be credited for the outbreak of peace on the night of August 14. Johnson responded that Shabazz was "absolutely correct" and thanked him and activists in general for keeping order. On Monday, Shabazz blamed "intentional provocateurs" and "outside infiltrators" for the violence in Ferguson.