Why Did A Federal Judge Throw Out a St. Louis Catholic's Challenge to "Obamacare"? FAQs

Image via
St. Louis Catholic businessman Frank O'Brien does NOT like these things.
Got questions about a federal judge's dismissal of a local Catholic's lawsuit against "Obamacare"? Daily RFT's got answers!

Frank O'Brien and his company, O'Brien Industrial Holdings (near South Kingshighway and I-44) sued our federal government last March.

Because O'Brien figured out that the Affordable Care Act (known to conservatives as "Obamacare") would require him to spend money on an employee health plan that his employees could use to get contraception. About 30 other parties across the nation did the same thing, too.

Q: So what was O'Brien's problem?

O'Brien is suuuuper Catholic. As in, the firm's main lobby has a statue of the Sacred Heart of Jesus, and its mission statement includes the desire "to make our labor a pleasing offering to the Lord...." The Catholic Church teaches that contraception is wrong. O'Brien didn't want any of his money to pay for it, even indirectly. 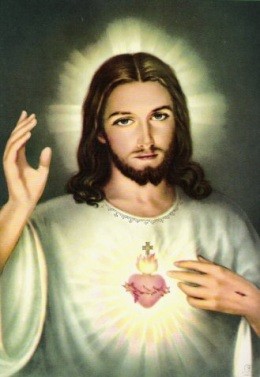 Q: But wait -- I thought President Obama gave in to pressure on this and granted religious people exemptions?

He did, but O'Brien's company doesn't qualify for the exemptions.

First, it's not a "religious employer" under the law (even though O'Brien is really Catholic), because the company is primarily a secular, for-profit business (it mines, processes and distributes refractory and ceramic materials, by the way).

Also, it has almost 90 employees. Only companies with fewer than 50 are exempt from the health care law.

Q: Well fine. Why doesn't O'Brien simply refuse to comply with the law?

Because if he provides a plan that doesn't meet the new health law requirements, he has to pay a "tax" of 100 bucks per employee, per day. If he provides no plan at all, he must pay a tax of $2000 per employee per year.

And that, O'Brien claims in his complaint, forces him into an unacceptable choice:

He must choose either to live  by his Catholic beliefs or pay "ruinous fines that would have a crippling impact on [his] ability to survive economically."

Q: So what was O'Brien's legal argument in this case?

It was multi-pronged, but in our opinion, the most interesting argument was that the healthcare law violated the Religious Freedom Restoration Act. In other words, the government was imposing a "substantial burden" on O'Brien's "religious exercise."

Q: What did Judge Jackson think of that?

Not much. Here's her quote at length.

Frank O'Brien is not prevented from keeping the Sabbath, from providing a religious upbringing for his children, or from participating in a religious ritual such as communion.  Instead, plaintiffs remain free to exercise their religion, by not using contraceptives and by discouraging employees from using contraceptives. The burden of which plaintiffs complain is that funds, which plaintiffs will contribute to a group health plan, might, after a series of independent decisions by health care providers and patients covered by [O'Brien]'s plan, subsidize someone else's participation in an activity that is condemned by plaintiffs' religion.  This Court rejects the proposition that requiring indirect financial support of a practice, from which plaintiff himself abstains according to his religious principles, constitutes a substantial burden on plaintiff's religious exercise.

Under plaintiffs' interpretation of RFRA, a law substantially burdens one's religion whenever it requires an outlay of funds that might eventually be used by a third party in a manner inconsistent with one's religious values.  This is at most a de minimus burden on religious practice.  The challenged regulations are several degrees removed from imposing a substantial burden on [O'Brien], and one further degree removed from imposing a substantial burden on OIH's owner and manager, Frank O'Brien.

She also dismissed O'Brien's claims that the health care law violated his First Amendment rights and the Administrative Procedure Act. She threw it all out.