Why Tuffy, Missouri's "Racist Rodeo Clown," Thought About Giving Up, Working at Walmart 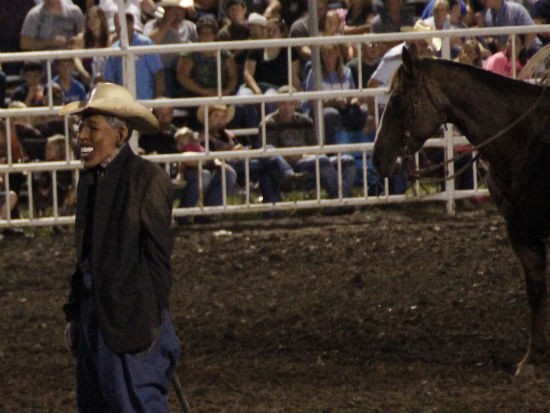 Tuffy the Clown says he was never the man behind the President Barack Obama mask.

Thomas "Tuffy" Gessling has survived breaking 127 bones, having his jaw wired shut 52 times and being paralyzed for six hours -- all for the love of being a rodeo clown.

But even the career of this twenty-year rodeo veteran couldn't survive the national uproar after video of a clown wearing a Barack Obama mask at the Missouri State Fair went viral.

"There was a point where I thought, 'Well, maybe I need to got a job at Walmart,'" Gessling tells Daily RFT. "I got to thinking about it, but it's not me. Walmart would not be me. I should be allowed to do what I want to do, and what I want to do is entertain rodeo crowds."

Facebook
Tuffy the Clown makes a plea to the President.

Gessling is slowly re-emerging into the rodeo scene after months of hiding out from death threats and public condemnation, but he can't seem to convince America of one strange truth:

Gessling, a.k.a. Tuffy the Clown, was not the one wearing the Obama mask.

"Everybody is trying to paint me to be a racist rodeo clown," Gessling says. "I'd gladly trade places with a lot of people right now."

See also: Tuffy the Clown Speaks Out: I Was Not in the Obama Mask at the Missouri State Fair

The state fair banned him for life for the skit -- a fact he and the rest of America learned together on Facebook two days after the rodeo, Gessling says.

"What I want them to do is hear my side," he says. "I've never gotten to state my case. I've never been able to say, 'Hey, this isn't what was happening.'"

He tried performing at one more Jefferson City rodeo before retreating from the media frenzy. 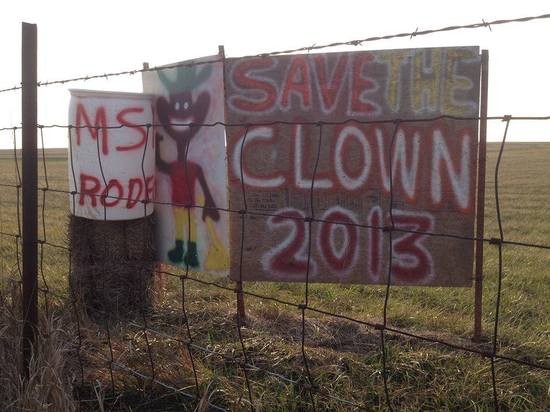 Facebook
A farmer in Missouri set this up to support Tuffy the Clown. We're not sure why he's touting the Mississippi rodeo, though.

Now, Gessling is cautiously moving back into the spotlight, performing at corporate events in Las Vegas (and anywhere else willing to hire him) as he's banned at the Missouri rodeo.

"Maybe I can get back to work. I mean, gosh dang, I need to feed myself," Gessling says. 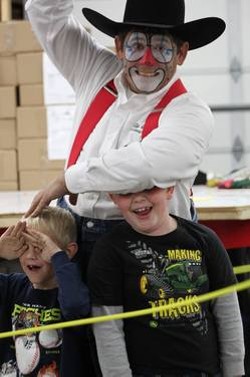 Gessling could probably end his suffering by naming the man who was wearing the Obama mask, but he says that will never happen. Gessling says he'll protect his identity to shield the mystery man from the negativity -- and the death threats -- flung at him this year.

"If somebody is going to shoot somebody, they can shoot me," he says. "Why would I put any harm on a friend of mine?"

The origin of the offending skit seems laughable now, after such life-altering consequences for Gessling. Dressing a clown like the president is a time-honored rodeo trope, passed down to Gessling from his mentor.

Gessling says he only chose the mask because it was the last one in the store.

"We didn't have any political motivation," he says. "There's no way in God's green earth I am a racist."