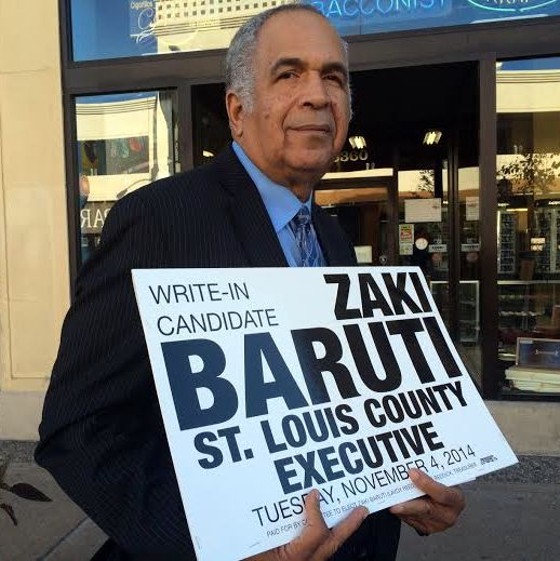 The last time St. Louis County voters went to the ballot boxes, during the primary election in August, few knew the name Michael Brown. Ferguson was just a suburb. Candidates exchanged jabs on budgets, women's issues and the seemingly-impossible task of city-county unification.

Then August 9 came. Brown's life ended, extinguished by six gunshots, and the ensuing unrest demanded the county's focus on police use of force, racial profiling and a splintered municipal courts system.

Nowhere is Ferguson's effect on the electoral landscape more obvious than in the race for county executive. Winning was practically a guarantee for Democratic nominee Steve Stenger until the man who helped him win the primary, Prosecuting Attorney Bob McCulloch, became a lightning rod for black voters who want him off the case against Ferguson Police Officer Darren Wilson. Now, things aren't so certain.

"If I'd only had a crystal ball," says Zaki Baruti, of University City, wistfully. "If my name was on the ballot, I believe I'd be a shoo-in."

Baruti is campaigning for county executive as a write-in candidate. Baruti, a long-time civil rights activist who once ran an unsuccessful campaign for governor, says he's the only candidate who stands for the justice Ferguson protesters seek.

"I'm David fighting the Goliaths of money, the Goliaths of indifference to our community," says Baruti, who helped lead a 2013 protest against the killing of Trayvon Martin and was one of the organizers behind the highway shutdown protests in September.

Like the other members of the Justice for Michael Brown Leadership Coalition, Baruti demands that Wilson be fired, charged with murder and vigorously prosecuted for Brown's death. He also calls for Ferguson's mayor and police chief to immediately resign. 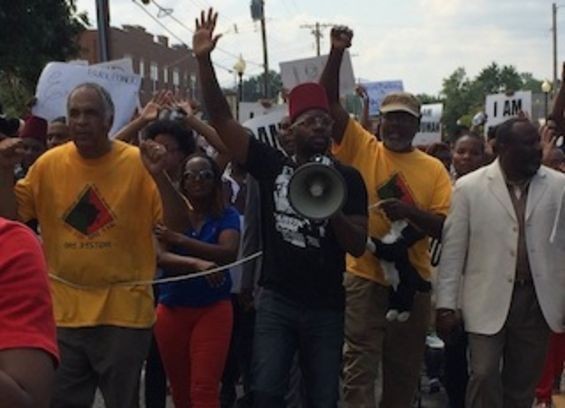 His core issues aren't exclusively about Ferguson, though they speak to the underlying tensions that caused the city to revolt after Brown's death. Baruti also wants to raise the minimum wage to $15 and reshuffle St. Louis County employees to achieve racial diversity reflective of the county's population.

"It's a new beginning because we are calling our people to turn away from the established political parties, the Democrats and the Republicans, because they are not dealing with the key issues that are facing us," Baruti tells Daily RFT. "With my candidacy, it is my hope that we create a political tsunami and shock the area and the country."

At first, Baruti says he was more than a little reluctant to stand for election against Stenger, who unseated former county executive Charlie Dooley with what Baruti calls "racially-tinged" ads, and Republican nominee Rick Stream. He blamed "the time factor," saying that running for office would capitalize most of his time.

Baruti and his supporters say they first considered switching support from Stenger (and McCulloch) to Stream. But a meeting with the conservative state representative soon proved that Stream -- who voted against raising the minimum wage and medicaid expansion and opposed putting President Barack Obama's name on the 2008 ballot -- was not the candidate for them.

That's when Baruti's team asked county council chair Hazel Erby to stand as a write-in candidate. But the next day, she endorsed Stream for county executive.

"When she didn't do it, I said, 'OK,' and we've been up and running ever since," says Baruti, whose campaign literature reads, "A vote for Zaki Baruti is a vote for justice."

So far, Baruti and his campaign have passed out thousands of pieces of campaign literature and yard signs, released TV ads on channel 24 and bought a full-page ad in the St. Louis American, a weekly paper oriented toward black readers.

Running as a write-in candidate means Baruti is a long-shot, though Baruti doesn't see it that way. Baruti says he's already won just by throwing his hat into the ring.

"We are claiming victory by just our effort to project the issues that are really critical where the other two candidates are really not dealing with them," Baruti says. "Those several things need to be dealt with if we are to bring the St. Louis region some sense of normalcy back."

"We'll still have victor anyway as a write-in," he says. He added, "We need leadership that brings a sense of integrity, a sense of justice, a sense of fairness. I'm the only one who can present, can bring that."