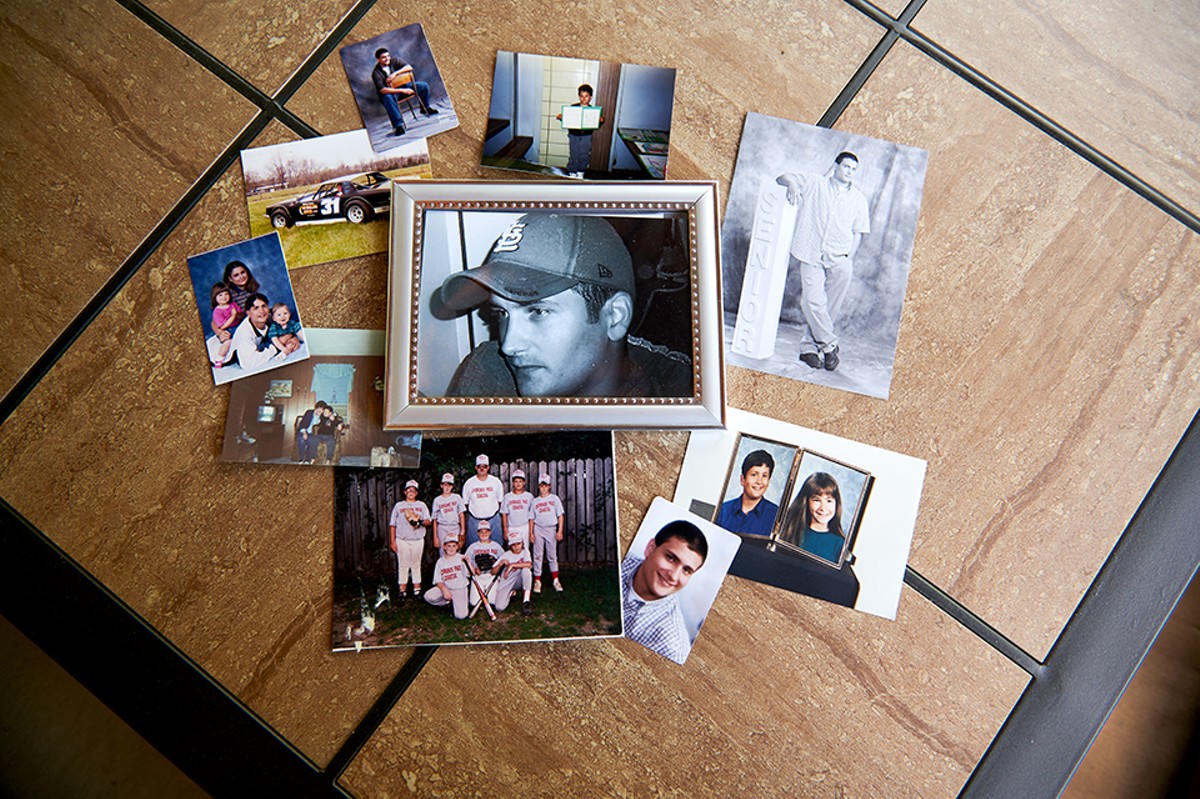 Billy Ames, shown in a collection of family photographs, died in 2018 in the St. Francois County jail. MICHAEL THOMAS FOR THE MARSHALL PROJECT

As Bill Ames smoked a cigarette in the predawn dark, he heard his dogs barking and looked outside to see two sheriff's deputies approaching. It was November 2018, and his 36-year-old son Billy was locked up in the St. Francois County Jail. "What'd he do, break out?" Bill asked the men, inviting them in from the cold. The deputies told him Billy had died. They didn't know any more than that.

With the sun still behind the Missouri Ozarks, Bill and his wife Joyce called Billy's stepdad Joe Braun, who woke up Billy's mom Laurie with "the most difficult thing I've ever had to tell anybody in my life." A few days earlier, Billy's four parents had actually been relieved to hear of his arrest. They'd spent months worrying about his methamphetamine use, which had begun after a friend was released from prison and crashed at his house (taking advantage, his parents felt, of a brain injury from his early twenties that impaired his cognition.) Billy grew erratic, delusional, running barefoot through the trees on the mountain next to his father's house, talking about drones and dead bodies. He scared his stepmother Joyce so badly that she took out a restraining order, which led to this arrest — and, his parents had hoped, rehab.

Joe Braun called the St. Francois County jail administrator, Dennis Smith, who told him the post-death investigation would be handled internally. (Smith declined an interview for this story.) Braun was suspicious; he had previously worked as a police officer in Texas, where jail deaths are often investigated by an outside agency. The next day, he started making calls to state government offices to push for an independent inquiry, and St. Francois County Sheriff Daniel Bullock formally requested an investigation by the Missouri State Highway Patrol.

In the meantime, Billy's father Bill received a call. "Is this the family of the man who died in the jail?" a woman asked.

She'd been in a cell near Billy's, she said, and believed he'd been strapped into a restraint chair; she'd heard him shouting for hours, begging to be let out.

Ames's autopsy listed meth as the cause of death, and in security footage from his booking, he appeared to conceal something in a pocket. The jailers told the investigator they fastened Ames to the chair after he threatened to attack his cellmate, but they had not been trained to use the device safely. (Experts say these chairs, which have led to more than 50 deaths nationwide since the 1990s, can render it more difficult to tell when someone is having a medical crisis like an overdose, and some prisons have banned their use entirely.) An inmate said she told a jailer, "This guy is dying next to me."

She said the jailer responded, "I don't give a shit about that drug addict."

The booking area was filled with the sound of banging, as Ames's fellow detainees tried to get the jailers to let him out of the chair. They also heard the chair rattle against the floor — which suggested to the family he was having a seizure, meaning the jailers had failed to give him his anti-seizure medication. "He will not STOP screaming and freaking out," a jailer wrote in an email to the rest of the staff. Three others held near Ames recalled a jailer referring to him as a "piece of shit." 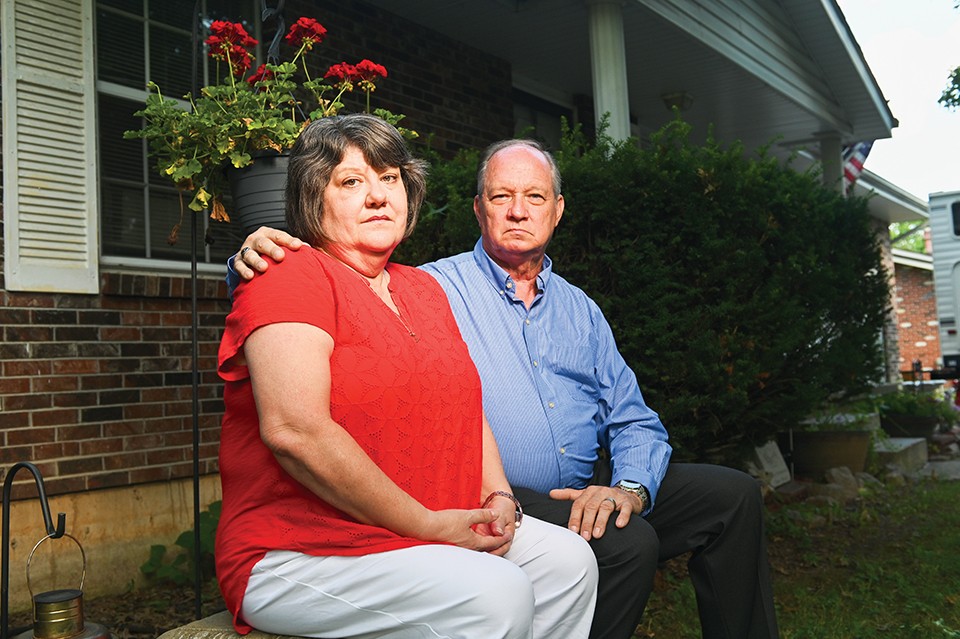 MICHAEL THOMAS FOR THE MARSHALL PROJECT
Waking up Laurie, Billy Ames’s mother, left, to tell her that her son died in the St. Francois County Jail was “the most difficult thing I’ve ever had to tell anybody in my life,” said Joe Braun, Billy’s stepdad.

America's 3,000-plus county jails, which are usually run by elected sheriffs, hold people awaiting their day in court or serving short sentences. They receive far less scrutiny than state and federal prisons, even as they have become catalysts for the spread of COVID-19. Twenty-four states have a government body that regulates jails, according to University of Texas researcher Michele Deitch, but Missouri is not among them. The federal Department of Justice can also investigate abuses, but this is rare. Occasionally citizens emerge to fill the gap, and Ames's death has sparked a local reckoning over how the 188-bed jail that Sheriff Bullock has run for more than a generation became mired in violence and neglect.

Over the last six months, 50 former detainees and four former employees told their stories to The Marshall Project. Those now in Missouri state prisons said their hometown jail is known as a "breeding ground for tough-ass white boys," and the second worst jail in the state (behind the St. Louis "Workhouse," which city leaders voted this month to close.) "I was once a kid with a drug problem," said one former inmate who declined to be named. "Now I am a violent gang member [and] career crook taking up bedspace in an overcrowded prison system. ... If it was not for my time in the [St. Francois County Jail], I would not be the esteemed member of prison society I am today."

In the wake of his stepson's death, Joe Braun met with residents who had been fighting corruption among local officials, often sharing their efforts in a Facebook group about county politics. The most prominent was an elder-law attorney named Vonne Karraker. Billy's mother Laurie was a fan of Karraker's Facebook posts, which veered from humor to outrage, from persnickety questions about county funds to venting about a local judge who touched Karraker's hair because she is Black. The parents felt Karraker was the only lawyer in town who could stomach a public battle with Sheriff Bullock.

Soon after, the families met a man who pledged to run against the sheriff in the 2020 election, and on Aug. 4, in a Republican primary, Bullock will face his greatest electoral challenge in almost three decades. Braun told me that before Billy's death, he and Laurie felt that Donald Trump had been called to save America, and they came to feel like people in their own community were similarly called, to help ensure that no other parent loses a child in the local jail.