Will Russ Carnahan Take His Talents to the 2nd District? 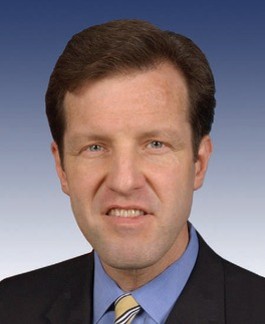 Will Carnahan take one for the team and run in the 2nd District?

Remember when LeBron James decided to take his talents to South Beach? Sure, everybody hated him for it and said he stabbed his loyal supporters in the back. But it gave him the best chance to win and brought him closer to a championship than at any other point in his career.

Well, after redistricting eliminated what is now the 3rd Congressional District, U.S. Congressman Russ Carnahan is facing the same dilemma. He can run in the conservative 2nd District and try to win the Democrats another seat in the House, or he can challenge democrat congressman William Lacy Clay Jr. in the 1st District, which now includes a chunk of Carnahan's south St. Louis base, and piss off the Democrat power structure.

The Decision became even more intriguing last week, when Politico's Dave Cantanese reported the results of a recent poll commissioned by the Carnahan campaign. The poll showed that Carnahan might have a legitimate chance at winning the 2nd District, despite the fact that it leans solidly to the right.

The whole point of him challenging Clay, after all, would be that Carnahan doesn't stand a chance in the 2nd District. But if Carnahan avoids that district, the Democrats would essentially be conceding a seat in an election year in which the party hopes to reverse the Republican momentum of the 2010 midterm wave.

Of course, it's not like the 1st District would hold any guarantees for Carnahan. A primary contest with Clay would be a nasty slugfest that could easily play into the city's racial divides. And with President Obama at the top of the ballot, Clay will likely benefit from a heightened African American voter turnout (maybe not as strong as 2008, but certainly better than 2010).

It is unclear whether the poll was intentionally leaked (Cantanese writes that it was "obtained exclusively by Politico"). On one hand, the poll could serve as a sort of Bat Signal to potential donors, showing them that Carnahan could legitimately take the 2nd District With Your Help, without him having to make a commitment. After all, it's much easier to hint that you're running and rally a bunch of money, only to drop out at the last minute -- rather than it is to sit quietly as campaign season heats up before jumping in late.

On the other hand, the poll does seem to pigeonhole Carnahan into the 2nd District race. Proving he's a viable candidate there makes it a lot harder for him to justify challenging a Democrat incumbent. From the perspective of the party, why go through the stress and drama of a primary between two established Dems, when you have a solid chance to snatch a seat from the GOP?

Furthermore, while the poll's results brought some good news for Carnahan, they were also especially optimistic. The 402 2nd District voters surveyed by Lake Research Partners proved to be as conservative as advertised. They gave the Tea Party movement a 45 percent favorability rating, five points higher than for Obama. And they picked their current Tea Party-backed representative Todd Akin over Democrat Senator Claire McCaskill 49 to 41 in the contest for McCaskill's seat.

Part of Carnahan's success was likely due to name recognition. Thirty-four percent of respondents had never heard of Martin and 46 percent of respondents had never heard of Wagner. Given that both are proud Tea Partiers, it is very possible that they'd gain steam once voters are more familiar with their respective platforms. Martin, after all, only lost to Carnahan by two points in 2010, in a more Democratic district. So, one interpretation of the results is that Carnahan barely polled higher (within the margin of error) than two candidates at a time when many of the voters might be unaware that those candidates' ideology aligns with their own.

It's hard to imagine that the Carnahan campaign wanted to publicize these poll numbers.

On a side note, the poll also had one other interesting result: The respondents picked Democrat incumbent Jay Nixon over Tea Partying Lieutenant Governor Peter Kinder by a jarring eleven percent -- 45 to 34 -- in the gubernatorial race. That's a kick in the shins for the Kinder campaign.

Meanwhile, Carnahan has already announced that he will run for Congress, rather than another position like, say, Lieutenant Governor. He has also suggested that he may challenge the Republican-sponsored redistricting map (which looks like a long shot).

It remains to be seen if he will announce his Decision in an hour long special on Channel 5 hosted by Ann Rubin.