Will Shakespeare to Become Biggest Hipster on Cherokee Street 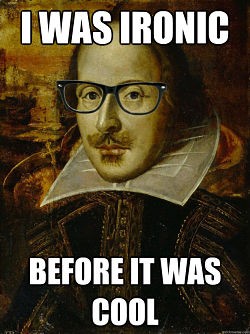 When Rick Dildine moved to St. Louis from Chicago in 2009 to assume the post of executive director of the Shakespeare Festival of St. Louis, he, like many other newcomers to the city, was struck by the number of dead-end streets.

"They're blocked-off, chopped-up by concrete culverts covered with graffiti," he explains. "It doesn't look welcoming. The explanation was crime control."

But Dildine is an impresario by profession and nature, and he decided to look at the blocked-off streets as an opportunity instead of an obstacle. "What if we shut down the streets in the name of community?" he remembers asking himself. "That's how I came up with Shakespeare in the Streets. I said, 'Let's go into a neighborhood and get to know the people and find out what's important to them, what's cool, what excites them and adapt a Shakespeare play to their experience.'"

It took several years, but the weekend of April 27-29, Shakespeare in the Streets will make its debut with an hour-long adaptation of The Tempest called The New World at the intersection of Cherokee Street and California Avenue, arguably one of the most theatrical corners in the city, even when actors aren't there.

"The Tempest is set on an island, a place where different people with different backgrounds and points of view converge," explains Dildine. "Cherokee is like that for us, an island in the middle of St. Louis with blacks and whites and Hispanics and small business owners. Someone called Cherokee Street 'urban Mayberry' or 'Sesame Street.' St. Louis is a very segregated community. Cherokee Street is a place where there's so many communities coming together to make something special, to break bread together."

Late last summer and into the early fall, Shakespeare in the Streets' creative team, consisting of director Tlaloc Rivas, playwright Nancy Bell and set designer Justin Barisonek, explored the neighborhood, interviewing residents, business owners and community leaders and trying to get a handle of the neighborhood's character and history. Bell wrote the script over the winter, and the cast, which includes actual residents of Cherokee Street, Benton Park and Gravois Park, was selected earlier this month. Rehearsals started this week.

The New World will stay true to the basic structure of The Tempest, but the dialogue will reflect the new Cherokee Street setting and Dildine's vision for Shakespeare in the Streets as a community-building organization. As the character of Gonzalo proclaims:

The people here in City South, in Louis Saint,

They do be different, that much is sure. Some immigrants, some working class Some artists and many others, too. But here they are. Together. Every day. And basically, they're... Pretty chill With one another.... I would not change it.

"We want to focus on the people," says Dildine. "It's a simple theatrical experience. People could not expect to come to Cherokee Street and see the sort of big set they could see in [Forest] Park."

All performances will be free for audiences; the project is funded by grants from PNC Arts Alive and the National Endowment for the Arts. In future years, Dildine hopes that every neighborhood will have its own Shakespeare in the Streets show. But for now, he's excited about the potential of Cherokee Street.

"We want everyone to come out, bring a chair, get some food, walk around the neighborhood and then come watch a play," he says. "And then, after the show, gather in one of the restaurants for more conversation."