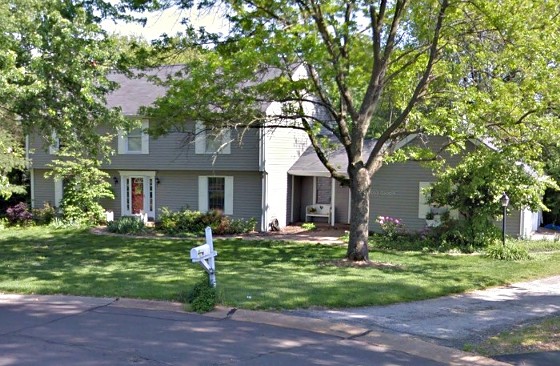 The March 2013 murder of Suzanne Ball Gunter, allegedly by her husband, William Lynn, piqued the interest of many across the country -- even international press covered her death. Perhaps it was their seemingly comfortable life in Town & Country, or their reputation as a fun-loving couple with lots of friends.

"I knew them both forever. It's a terrible thing, a big shock," says Mark Vinson, a long-time family friend and former colleague of the couple who lives in Kentucky.

The case, which was headed for a November 3 jury trial, ended on Friday when Mr. Gunter -- who goes by Lynn -- pleaded guilty to second-degree murder. A judge sentenced him on Monday to 30 years in prison.

"The evidence was overwhelming. Lynn did not want to put his family through a trial," his attorney John Rogers tells Daily RFT. "All these things were involved in the decision-making process and the enter of a guilty plea."

See also: William Lynn Gunter, Accused of Beating Wife to Death, Claims it Was an Accident 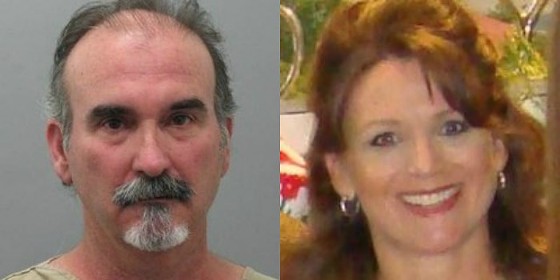 Back on March 18, 2013, Town & Country police were called to the 1500 block of Mason Hill Court in the middle of the afternoon for an "accidental injury." According to court documents, Suzanne was found at the base of a flight of tiled stairs in a large pool of blood. There was also blood spatter on the walls, ceiling and down the hall; beside her body lay a picture frame and a laptop computer. Lynn was at home at the time and told police he heard Suzanne call for Fergie, the family dog, before hearing a loud thud. Lynn said his wife tried to stand up but could not, convulsed and hit her head on the floor, and that he held her head in his lap. According to police, Lynn then called neighbors, who themselves called 911 -- a detail that seemed to arouse suspicion.

Suzanne died at the hospital, and an autopsy report concluded the cause was blunt force trauma inconsistent with falling down the stairs. The medical examiner retrieved short, dark hairs from Suzanne's hands and fingernails, and said that the broken laptop computer found beside her could have inflicted the head injuries that killed her. Two days after the incident, St. Louis County police arrested Lynn and charged him with first-degree murder. He initially pleaded not guilty.

Attorneys for Lynn tried to argue that because the Gunters' neighbors quickly cleaned up the bloody scene in an attempt to be helpful, they destroyed evidence that could have exonerated Lynn. Additionally, those hairs retrieved in the autopsy mysteriously went missing and were never tested to see if they matched Lynn. The motion called this destruction of evidence and a denial of due process, and asked that the indictment be thrown out. Lynn also received a psychological evaluation and was deemed competent to stand trial.

Central to the St. Louis County Prosecutor's investigation was a woman Daily RFT will identify as K.P. Officials sought emails from Lynn's work address to K.P., who lives in Kentucky. A petition from assistant prosecuting attorney Dean Waldemer said K.P. would be essential to his case because "she had personal contact with the defendant before the murder and defendant discussed his relationship with the victim with the witness."

"The evidence he was having an affair was overwhelming," says Ed Magee, spokesman for the St. Louis County Prosecutor's office.

On October 8, Waldemer submitted a letter to Lynn's legal team stating that he'd spoken with one of the Gunters' two adult daughters, who told him of an incident when Suzanne called Lynn on the phone and accused him of having an affair. The daughter told Waldemer that "her father then told her a crazy man had called from Kentucky and told her mother that he had a girlfriend in Kentucky. He said that this was untrue...[She] also indicated that within the last six months, her father wrote her a letter admitting to the affair with [K.P.]"

Magee says K.P. visited Lynn in the St. Louis County jail multiple times, the last visit was on October 9. About a week and a half later, Lynn pleaded guilty to the lesser charge of murder in the second degree.

"It was a plea agreement that was reached between the prosecution and the defense and the family -- the two daughters of the victim, along with her brother and sister -- were very happy with that," says Magee. "Nobody wanted this to go to trial."

Vinson, one of several friends of the couple who contacted Daily RFT over the past year and a half inquiring about the case, says he met Lynn in college and Suzanne when they all worked together at Xerox.

"They were just a professional young couple. Everybody liked them. Fun-loving, Suzy was real smart, moved up in the ranks of Xerox, she was a cheerleader. Everybody loved her," he says. "And Lynn was -- or is -- everybody liked him. He was kind of like the class-clown type. There's bunch of us that sort of reconnected after this happened. We couldn't believe it."