Woman Accused of Murdering Husband: "We Didn't Always Get Along" 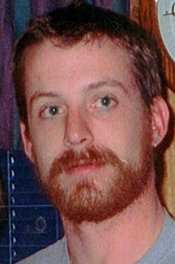 Cindy Shepheard, a Belleville woman who is on trial for the murder of her husband Erick Shepheard, definitely has a gift for understatement.

"We didn't always get along. That was no secret," she told the jury yesterday. "One minute we're arguing. I have to pack my bags and leave."

But Shepheard said that no matter how bad things got, she never would have killed Erick. The murderer's weapon of choice was a handgun, one of the many firearms her husband owned.

"I have a big issue with handguns," Shepheard said in a police video that was shown to the court. "I've never even touched one before." She added, "I could never do that to my husband -- ever. ... I love my kids and I love my family."

Shepheard's attorney, however, is now claiming that she shot her husband in self-defense during a fight after she took their seven-month-old son with her to a New Years Eve celebration in Swansea that turned into a cocaine binge. This was, Shepheard admits, a violation of her late husband's "rules."

Immediately after Erick Shepheard was shot to death, their house burned down. Judy Dalan, the St. Clair County Assistant State's Attorney, has argued for the prosecution that Cindy Shepheard killed her husband because she was the chief beneficiary on his life insurance policy, which promised to double the $100,000 payout if Erick died under violent circumstances.

For more, see the coverage in the Belleville News-Democrat.