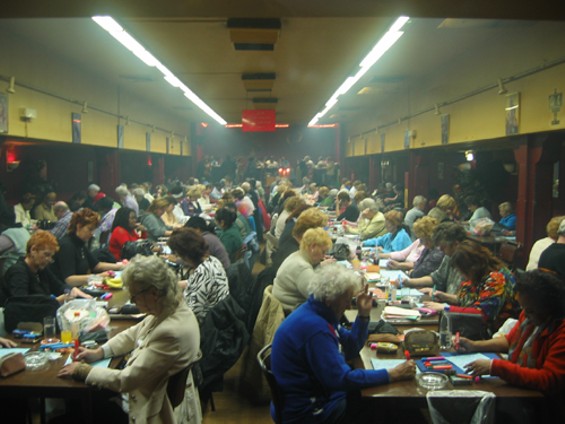 Keees on Flickr
Careful, bingo lovers, put those weapons away!

If prisons have bingo nights, there's one new inmate who probably shouldn't be invited.

Margaret Thomas, 52, of Jefferson City, was sentenced to five years in prison Monday for assaulting two people with scissors after a winning night at the bingo hall.

Thomas was driving the two people home after winning $200 at a Moberly bingo game in October 2013 when a fight broke out over how to split the money, according to the Jefferson City News-Tribune. Thomas pulled the car over in Ashland, whipped out a pair of scissors and started attacking a woman in the back seat.

When the other passenger tried to help the victim, Thomas stabbed them both. The first victim later needed 32 stitches on her cheek.

Thomas left both passengers on the side of Highway 63 and fled, but police later arrested her and brought her back to Ashland.

Thomas pleaded guilty to second-degree assault and was given credit for time served toward her five-year sentence. She was originally charged with first-degree domestic assault and armed criminal action.