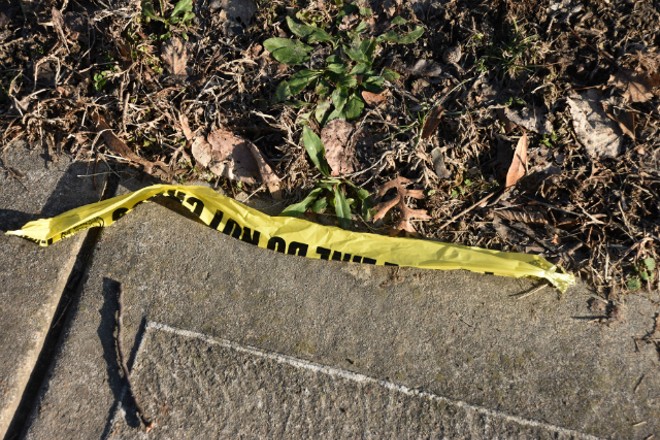 DOYLE MURPHY
A driver was killed and a Webster Groves police officer wounded in a shootout Tuesday night on I-44.

Update 2:50 p.m. — St. Louis County police have identified the driver who was killed as 23-year-old Qavon Webb of the 4200 block of Spring Avenue in the City of St. Louis' Dutchtown neighborhood.

A Webster Groves police officer wounded last night in a roadside shootout with the driver of a stranded vehicle has been released from the hospital, authorities say. The driver was shot to death during the exchange.

St. Louis County police are investigating the fatal showdown. According to the county's account, two Webster officers, each driving a patrol car, stopped about 8:20 p.m. on Interstate 44 near the South Elm Avenue exit to check on a vehicle sitting in the westbound lanes.

The closest officer got out and headed for the car while the second officer parked in back to block traffic. As the first officer — a 36-year-old with seven years in law enforcement — approached, the driver got out and started shooting at him, police say. The officer returned fire, and both men were hit multiple times.

The driver died there. Police weren't able to immediately identify the man last night, and St. Louis County police Sgt. Benjamin Granda said today they're waiting until his family has been notified to release his name.

The wounded officer applied his own tourniquet and was taken to the hospital by the second officer. The interstate was shut down until early this morning as police investigated.