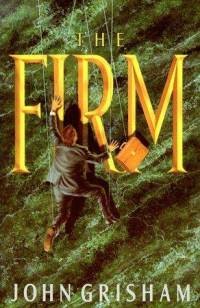 Image via
Seriously, wtf was up at the former Boggs firm?
Statistically, it's pretty rare for a 39-year-old to die of cardiac arrest.

That's the first unusual aspect of the death of Wade J. Thomas, a Kansas City-based attorney who passed away on New Year's Day.

The second: He used to work for the law firm Boggs, Boggs & Bates, which....well, there's kind of a pattern.

Consider the bizarre things that have happened to people who've worked at the firm:

December 2006: Ernie Brasier, age 57, is found dead at his desk. At first, it looked like a heart attack. Then the coroner found that tiny bullet hole behind his left ear. No one was ever charged in that murder.

September 2007: Daniel Bennett, age 48, is found dead in his apartment. Autopsy shows the cause was heart disease. According to the Post-Dispatch:

Bennett had worked with Brasier, but some weeks before the murder, he abruptly left the firm, divorced his wife, left the country and then returned.

Brasier had been shot while working on a computer in Bennett's office. Police said at the time that Bennett was not a suspect in the killing.

August 2008: Vincent Venker II, age 51, dies of heart problems. His widow tells the PD: "There's something crazy going on at that law firm."

January 2011: Boggs seeks a restraining order against Bates, referring to him in court papers as the "prime suspect" in the bombing.

(The firm has changed its name to Boggs, Avellino, Lach & Boggs. Mark Bates has since joined Rynearson, Suess, Schnurbusch & Champion).

OK, this is all kind of a stretch. People die. And in general, lawyers aren't exactly paragons of healthy, stress-free living, so it's not that surprising that some have fallen prey to a fatal heart condition.

Heck, even an actress such as Brittany Murphy can die of a heart attack at age 32.

So there's no way Thomas' death is connected to these other ones.