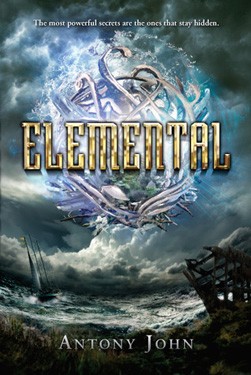 This week's bestseller list proves that Cardinals baseball and Budweiser are two unstoppable forces in this town. But for this week, at least, we like to hear nice things about the Cardinals (in the form of Tony La Russa's memoir One Last Strike) over nasty things about the Busch family (William Knoedelseder's Bitter Brew).

Over on the kids' list, Elemental, local author Antony John's venture into Apoco-lit, makes its debut at number nine.

1. One Last Strike: Fifty Years in Baseball, Ten and a Half Games Back, and One Final Championship Season by Tony La Russa 2. Bitter Brew: The Rise and Fall of Anheuser-Busch and America's Kings of Beer by William Knoedelseder 3. Gone Girl by Gillian Flynn 4. Help, Thanks, Wow: The Three Essential Prayers by Anne Lamott 5. How Music Works by David Byrne 6. Flight Behavior by Barbara Kingsolver 7. We Hope You Like This Song: An Overly Honest Story about Friendship, Death, and Mix Tapes by Bree Housley 8. Hallucinations by Oliver Sacks 9. The Light Bringer by Chris DiGiuseppi and Mike Force 10. The Life of Pi by Yann Martel

1. Diary of a Wimpy Kid: The Third Wheel by Jeff Kinney 2. The Strange Case of Origami Yoda by Tom Angleberger 3. This Moose Belongs to Me by Oliver Jeffers 4. This is Not My Hat by Jon Klassen 5. The Elf on the Shelf by Carol Aebersold 6. The Further Tale of Peter Rabbit by Emma Thompson 7. The Wolf's Whistle by B.R. Lie and S.J. Donaldson 8. To The Top!: A Gateway Arch Story by Amanda E. Doyle and Tony Waters 9. Elemental by Antony John 10. Beautiful Oops! by Barney Saltzberg