You're Never Going to Believe Who's Recommending Employment by Kim Gardner 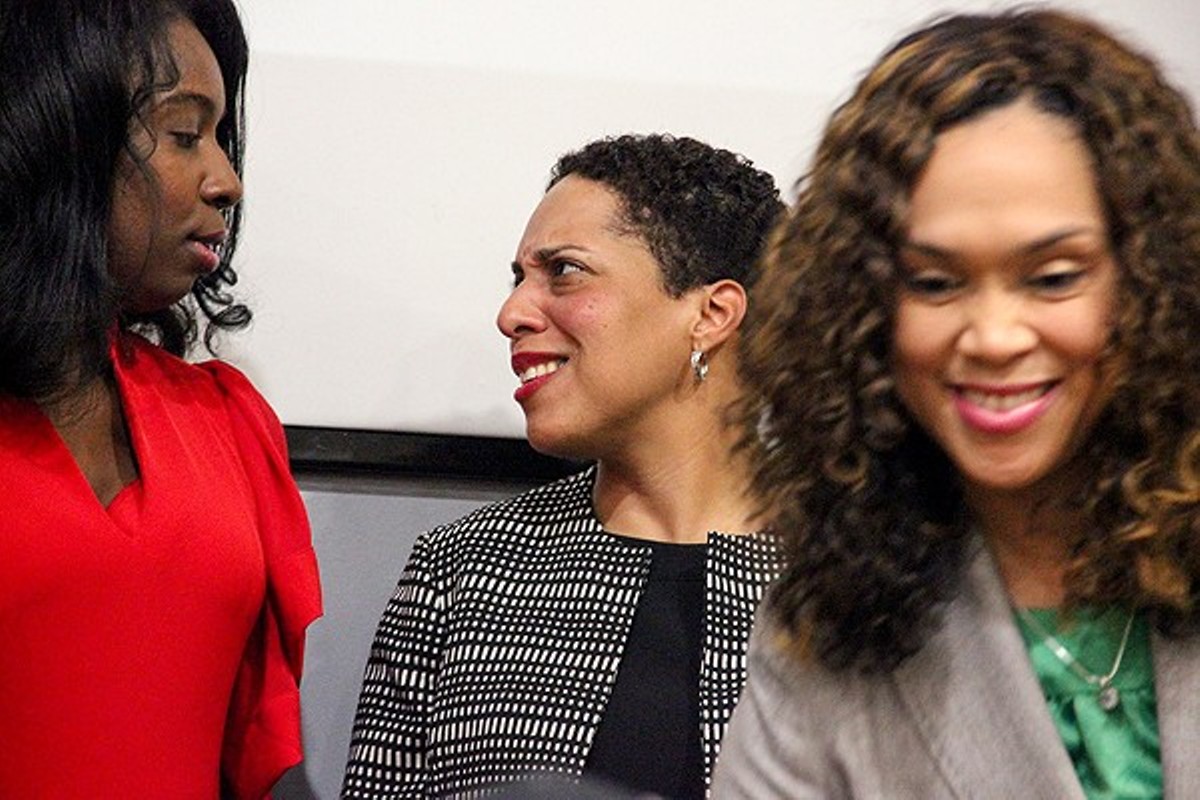 Here's my fun fact of the week: If you go to the official website of the St. Louis Circuit Attorney's Office and click upon the tab "Careers," you will find a section called "Quotes from Former ACAs." ACA stands for assistant circuit attorney.

Of the former ACA's offering a testimonial, right below the name "Kimberly M. Gardner," is none other than Gerard T. Carmody.

Well, now, that's interesting. Carmody's legal career does have an "important link" to Gardner's legal career in that he's apparently on a mission to end hers through his role as special prosecutor investigating her office on a charge of "really pissing off the wrong lawyers, including my best friend" (not a term of art) and alleged misconduct during the dropped prosecution of former Governor Eric Greitens.

As if that weren't enough, Carmody was appointed for this mission by a fellow "importantly linked" alum of the office, Circuit Judge Michael Mullen, former assistant circuit attorney. So, the office is one big happy family, sort of.

I'm going to take a wild guess and say neither Gardner nor her adversaries are aware that Carmody's glowing words still adorn the site. They probably won't for long. But hilarity aside, there's a fitting irony to their presence: At the end of the day, this is all about St. Louis being a large small town.

Every connection seems connected to another connection. The St. Louis Question — "Where did you go to high school?" — isn't just some iconic local hallmark. In this case, it's a big part of the story.

The take-no-prisoners war between Gardner and St. Louis' establishment is as cultural as it is substantive. Gardner's words — "I refuse to kneel down and kiss the ring of the good ole boy system" — have brought angry people to their feet at packed black churches in the city.

On the other side, there's matching anger from the overwhelming white legal establishment. Police officers, lawyers, judges and the mayor seem to regard the circuit attorney's office as an incompetent train wreck or worse. Critics often describe Gardner's motives as villainous and corrupt.

Gardner did not run on the campaign slogan, "If you like the criminal justice system you have, you can keep it." She ran as a reformer or, if you prefer, a disrupter. And the disruptees are having none of it.

Carmody has indicted William Tisaby, the outside investigator Gardner sadly enlisted for the Greitens case, on perjury and evidence-tampering charges. Contrary to popular belief, Tisaby hasn't been convicted of anything and Gardner hasn't even been charged.

Against this meditative backdrop, the war became the object of national media attention when Gardner announced on January 13 she had filed a federal civil rights suit alleging a racist conspiracy against her in violation of the Ku Klux Klan Act of 1871. Seven of her fellow African-American female prosecutors from across the nation came to St. Louis last week in a show of solidarity.

I don't know whether the lawsuit will go far in legally proving a conspiracy. It's essentially a statement lawsuit about the interconnected forces working to thwart and arguably persecute Gardner.

A sizable part recounts evidence from the Plain View Project documenting shocking bigotry among a number of white city police officers. But that's not breaking news.

The most interesting section is a litany of the stunning web of too-close-for-comfort, "St. Louis Question" connections that got Carmody appointed to prosecute Gardner's office for its obvious mishandling of the Greitens case. There's far more detail than I have space for.

To summarize, a Chaminade College Preparatory School grad, Judge Mullen, appointed Chaminade grad (and current Board of Trustees member) Carmody to investigate misconduct alleged to have victimized Greitens' defense attorneys, one of whom was Carmody's lifelong best friend, fellow Chaminade grad and former law partner Edward Dowd Jr., with whom he personally tried multiple cases. And several of their children either attend or previously attended Chaminade (a fine school, by the way). Got all that?

Then there's two of Carmody's kids working with him as lawyers in the Clayton firm Carmody MacDonald, which has billed $400,000 in legal fees and counting. Strangely, daughter Ryann Carmody, had previously sent text messages, preserved in court files, to Gardner's now-former spokeswoman, offering her services as a special prosecutor to "take Greitens down!" — a role she didn't get.

And there was her brother, Patrick Carmody, and her father having donated to the campaign of Patrick Hamacher, one of Gardner's primary opponents in 2016.

The dollars were not large, but in this context, the symbolism is. Ditto for Dowd's own campaign donations to Jeff Roorda's past legislative races. Roorda, of course, is central to this story as business manager and megaphone for the largely white police officers union. Nationally, he is best known as the "I am Darren Wilson" Caucasian-civil-rights activist fighting the historic oppression of police.

The litany of connections (and there are more) call into question the propriety of Mullen choosing Carmody — or anyone close to attorneys on either of the case.

On the home front, there's this: the St. Louis Post-Dispatch editorial board channeled its inner Patrick Buchanan to trash Gardner's nationally funded lawsuit as "frivolous" in a screed that read like it was ghost-written by Roorda. It's not every day that "liberal" newspapers attack reform prosecutors with phrases like "she'll be lucky if she doesn't face professional sanction for wasting the court's time" and "yet another court-clogging waste-of-time lawsuit." A frivolous editorial, I'd say.

Last June, the paper's Pulitzer-winning columnist Tony Messenger observed the following: The Center for Public Integrity reviewed "more than 2,000 cases of prosecutorial misconduct that led appeal judges to overturn convictions in the U.S. criminal courts (over 33 years) ... In only one case was a prosecutor eventually disbarred for misconduct."

The bottom line, locally, is this: There's a primary election for circuit attorney on August 4. If city residents want to remove Kim Gardner in favor of former prosecutor Mary Pat Carl or some other candidate, that's their choice.

But the saga of Gardner's failed prosecution of Greitens should have ended when she dropped charges against him. There was no victim here: Ultimately, Gardner had nothing to do with Missouri Republicans in Jefferson City exorcising Greitens from their body politic in 2017. They took him out because he was killing them politically thanks to a sex scandal, which was exploded by a KMOV news report, not Gardner. And because they despised him.

People who want to pump the brakes on Gardner's reform agenda should vote against her in the August primary for circuit attorney. People who support her efforts to fundamentally change the system should support her.

But the future of criminal justice in St. Louis should be decided by the people, not by a tight-knit group of legal insiders seeking vengeance. This isn't about what Jerry Carmody and his friends think.

Even if he has all those nice words to say on the circuit attorney's website.

Correction: The original version of this column incorrectly identified Gerald Carmody's role with the Chaminade Board fo Trustees. We regret the error.

Ray Hartmann founded the Riverfront Times in 1977. Contact him at [email protected] or catch him on St. Louis In the Know With Ray Hartmann from 9 to 11 p.m. Monday thru Friday on KTRS (550 AM).