The Softy Side of Paul McKee 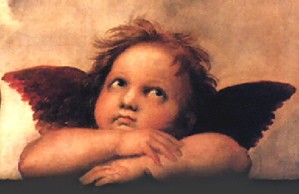 Developer Paul McKee Jr., who's at the center of controversy on the north side of St. Louis, is reluctant to reveal himself.

He has accumulated vast holdings but declines to expound to neighbors on his plans and responded to media inquiries only through written statements.

Now that Riverfront Times and the St. Louis Post-Dispatch have covered his land-related political maneuvering, people who know McKee's work in St. Charles County are coming forward to tell the story of a good guy who listens to people and wants nothing more than to build community.

Letters in McKee's defense appeared in the Post last week, and on Friday I received a missive from Moira Ross, a resident of WingHaven, McKee's giant development off Highway 40 in O'Fallon.

I am a "flaming" liberal, as someone close to me often accuses me of being. I ride my bike to work, grow my own organic vegetables, rail against the blunders of a President whose policies I have stood on street corners protesting, was a campaign manager for a leftward leaning sociology professor running for state senate, drink free trade coffee and "give to just about every NGO assisting the world's poor" (this from the same person that accuses me of being a "flaming liberal"). In other words, I am a fish out of water in St Charles County, where I live and where I have come to know and respect Paul McKee.

Well, if this woman was willing to put her "liberal" rep on the line, I wanted to hear more.

Ross, 49, earned a master's degree at Washington University and aspired to oversee microlending to entrepreneurs in Third World countries. She ended up following her husband, a fellow Wash. U. graduate, to small towns in the Midwest, where he became a hospital administrator.

The Ross family was living in Rolla when the opportunity came to move back to St. Louis. Almost.

The position at Barnes-Jewish St. Peters Hospital would require them to live in St. Charles County.

Instead the Ross family found WingHaven and has lived there for three and a half years. With McKee's backing, Moira has made the most of it.

The first thing Ross noticed was a lot of unused land and no place for residents to convene. Ross says McKee (who is also chairman of the board of directors for BJC HealthCare, the hospital system that employs her husband) listened to her ideas for an hour. Then he hired her as a consultant to McEagle Properties.

WingHaven has a community garden and a bocce court, both on land donated by McKee. The neighborhood also hosts a pro-am bike race that boasts the largest purse in the state ($15,000). Because McKee insisted the bike race have a "community" component, the Tour de WingHaven includes a kid's race in the middle of the day.

"I think he gets off on building community and making a difference."

Ross says McKee is influential in big and small ways. If it weren't for him, she says, O'Fallon would not have BJC's ProgressWest hospital.

When he gets excited about a book he's reading, he buys extra copies. McKee recently gave her a copy of A Whole New Mind, by Al Gore speechwriter and Wired contributor Dan Pink, and when he asked her how she liked the book she suggested they bring the writer to town.

(Pink is slated to speak September 27 at St. Charles Community College in Cottleville.)

Ross says folks in north St. Louis should be glad that McKee is the man accumulating so many parcels in their neighborhoods.

"He gets things done, and I mean that in a positive way," she says. "I have no idea what he's doing in north St. Louis, but if he is developing it, it will be done very, very well, and with community in mind."