The Cardinals, the Rams and the Blues are jumping aboard the Proposition M campaign today and coming out in favor of the county ballot measure that would fund future Metrolink expansion by boosting the sales tax one-half cent. 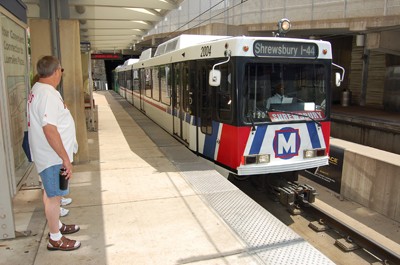 A Cardinals executive tells RFT that between 18 and 21 percent of its fans use Metrolink to get to games, while a whopping 50 percent of its event staff ride the train to the stadium on game-days. The teams plan to make the announcement at a 2 p.m. press conference.

Jump to comments
« Circulation Seesaws at the St. Loui…  |  And the Sign Said: Scary Masked Peo… »