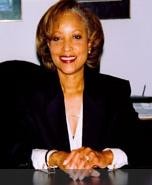 As you may recall, the relatively unknown Watson-Wesley Coleman announced her candidacy for mayor in January -- on the very same day that former state senator Maida Coleman had announced that she too would file to run for mayor in the Democratic primary.

Now comes news through Political Eye that Watson-Wesley Coleman and Francis Slay have at least one thing in common: Both are fans of the city's red-light camera program.

In 2006, I reported how Slay's office and political operative Joyce Aboussie greased the skids to award the city's red-light camera contract to ATS. That initial contract was later thrown out following my report, but eight months later the city re-bid the program and again awarded the contract to ATS.

Political Eye has obtained that second contract approved and signed by Slay and other city officials. It shows that Watson-Wesley Coleman, who once served as legal counsel for the Board of Aldermen, was chosen as part of the contract to do $160,000 worth of legal work for the camera program. (Click here to view a copy of the contract, and scroll to Page 18.)


"Isn't it interesting, though, that she has this lucrative contract with a City vendor, yet two days after she filed for mayor, Watson-Wesley (Coleman) claimed she had never heard of [Slay political consultant] Richard Callow or a number of Slay operatives, including [lobbyist] Louis Hamilton, Bradley Ketcher and even Jeff Rainford, who was chief-of-staff during her seven-month stint at the Board of Aldermen?"