Clayton Smoking Ban: By the Numbers 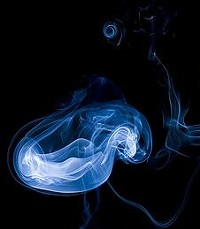 The daily has a story out today about restaurant and bar owners in Clayton who are "rallying our troops" to fight a proposed smoking ban in the St. Louis suburb.

Two numbers I took away from the article would suggest that the ban's opponents face an up-hill battle.

1. Clayton has approximately 80 restaurants and bars. Of those, 26 are said to be actively fighting the ban, according Frank Schmitz, owner of Barcelona Tapas Restaurant, who's leading the charge to thwart the ban. Twenty-six out of 80? By my count that's just 32.5 percent (less than one-third) who adamantly oppose the ban.

2. A survey of Clayton residents found that 77 percent of residents want the ban.

The city council holds a hearing May 12 to solicit additional concerns from Clayton business owners about the ban.