St. Louis Investigator Says Stray Dogs are Thrown to the Lions in Cuba

Police in Havana, Cuba, systematically round up stray dogs on city streets and transport them to the national zoo, where they are fed -- alive -- to big cats such as lions, says a St. Louis private eye.

The flamboyant Joe Adams, St. Louis' top-tier private investigator (whom we profiled five years ago) returned May 19 from Cuba with witness accounts of feeding time. 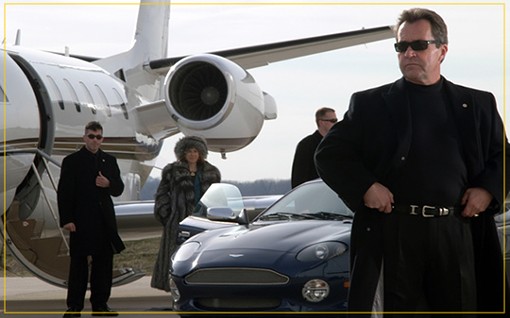 Adams traveled there on a "mission of mercy" at the behest of a client whose name he wouldn't divulge (though apparently she's a Ladue resident with an interest in animal rights).

This client hired Adams to find out more about stray animals in Cuba, which has no Humane Society equivalent, Adams says.

During his trip, he says, he spotted some stray dogs in a city park, and started poking around to find out what happens to them.

Adams claims that zoo employees openly admitted that strays get rounded up and thrown in with the big cats.  "They were like, 'Yeah, we do that, it's free food,'" he recalls. The employees also apparently pointed out that it's in the nature of big cats to want to kill their prey, rather than simply be fed.

Adams tells Daily RFT that he never actually witnessed any roundups. Nor did he notice any bones or dog remains in the big-cat cages at the zoo.

But, he says, another source in the Cuban government's diplomatic wing confirmed the practice.

The prevailing notion among Cubans, Adams says, is that their nation has plenty of bigger problems to worry about.

Martin Mersereau, who directs the emergency response division of PETA, says he wouldn't be shocked to learn that this practice goes on, but has never heard of it going on specifically in Cuba. Still, he says, "any live-animal feeding would be something that concerns us."

Then there's the big cats themselves. The Daily RFT asked Adams how the lions looked.

"They looked like shit!" Adams reports. "It was just terrible."