"I commend our Community Action Team for taking this progressive step to adapt and expand in the 21st century," stated Fitch. "This technology will allow us to quickly disperse critical information to as many of our citizens as possible, enabling the police department to better serve them."

We learn from Twitter that the police ran down some burglars in Black Jack this week and responded to a shooting yesterday in which they made one arrest.

On facebook we're informed that the county police made a significant drug bust yesterday in the Castle Point neighborhood where they nabbed 115.2 grams of marijuana (pictured below) and apprehended two suspects. 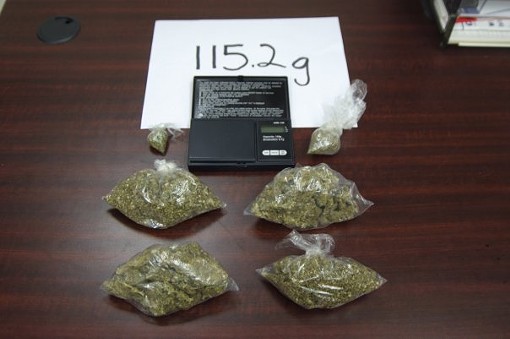 Jump to comments
« By the Boards: Dennis Brown on the…  |  Podiatry and Crime: Who Knew? »