Hostesses for Tour of Missouri are Two Lovely Ladies from ... Georgia? 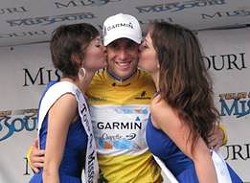 In its three-year existence, the Tour of Missouri has blossomed to become one of the premier bicycle races in the nation.

But how do we, the sedentary general public who can't tell the difference between a bike fork and a salad fork, know this?

It's not because of all the cyclists and their foreign accents who've descended upon our state this week. Nor that Spandex prices momentarily skyrocket in Missouri this same time every year.

No, we know the Tour of Missouri is legit because the winner of each stage stands upon a podium and receives a simultaneous kiss from two beautiful belles just like they do in the Tour de-friggin' France! 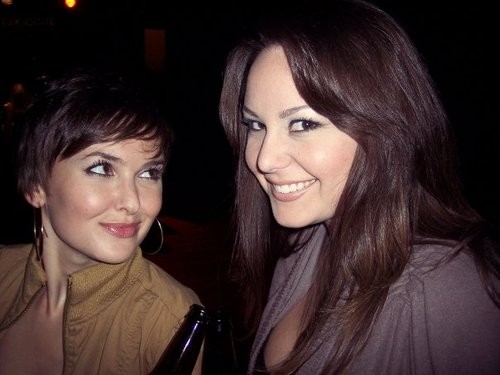 That's correct. The "PodiumLadies" -- as Jen Caudill and Erin Haney call themselves on their Twitter page -- are from Atlanta, Georgia.

So, what qualifies these ladies (apart from the fact that they're both models) to serve as hostesses for the Tour of Missouri?

Today, Daily RFT called up Priscilla Visitine, public-relations director for the Tour, to find out.

Her answer? The Tour of Missouri is organized by Medalist Sports, an Atlanta-based company that puts on cycling events across the country.

No one from Medalist was immediately available for comment.

But, c'mon. You think over in Europe the Tour de France imports its hostesses from the Republic of Georgia? Hell, no! They use homegrown talent. The question is: Why can't we?

Surely, we have some corn-fed beauties who can represent Missouri? Don't we?