The F.B.I. has charged a police officer from the north St. Louis County suburb of Uplands Park with "willful deprivation of civil rights under color of law" for allegedly sexually violating a woman in the police headquarters.
The F.B.I. arrested the 31-year-old Leon F. Pullen around 11:30 p.m. Saturday night.  The complaint states on July 15th, 2009, Pullen allegedly sexually assaulted a woman known as "D.S." by placing her in fear of death, bodily harm and kidnapping.
More specifically, according to the criminal complaint, Pullen "engaged in contact between his mouth and D.S.'s vulva, by using force against D.S." 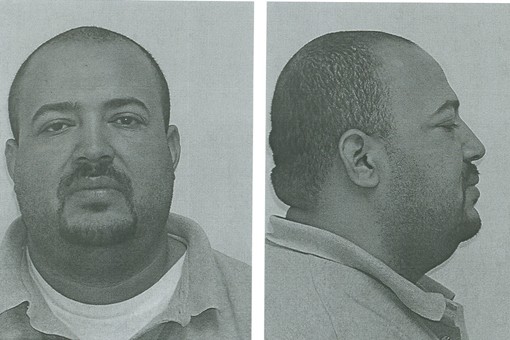 The Post-Dispatch has obtained the affidavit against Pullen that outlines even more details. According to the affidavit, Pullen solicited the woman who advertised online as a prostitute.
When the woman arrived in Upland Parks for a rendezvous with Pullen, the cop pulled up behind her in an unmarked police car. When asked why she was being stopped, Pullen -- wearing his police uniform -- whipped out the online ad.
Per the Post-Dispatch:

He then rubbed himself against her and told her that she had two choices: to give him all her money, or get naked, LaCombe wrote. Pullen apparently ignored the woman's request for a lawyer.

Another officer was present, LaCombe wrote, but that officer is not named in the complaint.

Pullen then ordered her and the other woman back in the car and told them to follow him to the police station, where he took the victim to an office in the rear of the station, forced her to undress and then forcibly performed oral sex on her.

Pullen also said that he would have forcibly had intercourse with her if he had a condom, LaCombe wrote.

The woman, afraid that Pullen would call in the other officer to have sex with her, and tried to end the attack by offering to meet Pullen later. Pullen gave her his contact information, LaCombe wrote, and then she left, later calling the FBI.

Pullen appeared in federal court today in St. Louis where a judge said that he would be appointed an attorney.

Jump to comments
« Over the Weekend: 41 Beers at Schla…  |  Man Fatally Shoots Self While Teach… »