Is AB-InBev Trying to Play Down the Belgian Roots of Bud Light Golden Wheat?

On Monday, Anheuser-Busch-InBev announced the nationwide release of Bud Light Golden Wheat, the latest spin-off of the company's most popular brand (Chelada, anyone?) and another attempt by the world's largest brewer to break into the micro-brew market and quench the nation's ever-increasing thirst for craft beers.

Described in the press release as "an unfiltered wheat brewed with citrus, a hint of coriander and the superior drinkability of Bud Light" the beer is essentially A-B's attempt at imitating Blue Moon. They even suggest serving it with an orange-slice garnish.

Just as they did for Bud Light Lime, the company will spend a mint -- about $30 million -- marketing their new brew.

Predictably, beer snobs' initial response to the hype has been flatter than a week-old keg. A critic at Pint Log described it as "extremely watered down" and "totally devoid of flavor." (It's possible he just drank a regular Bud Light, but we'll give him the benefit of the doubt.)

Lew Bryson, author of the beer blog Seen Through a Glass, was less harsh in his critique but he posed an interesting question: With the massive marketing push behind Bud Light Golden Wheat, why hasn't AB-Inbev specified what specific variety of wheat beer they have created, especially when they're targeting a demographic (craft beer drinkers) that's familiar with different types of wheat beers? Is it because Golden Wheat is actually a Belgian-inspired witbier, and the now Belgian-owned company desperately wants to avoid the impression that they've turned an American classic into some European sissy beer meant to be sipped out of a schooner? 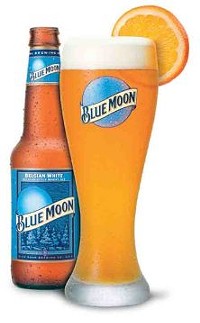 Here's what Bryson says in full in his post:


...it bothers me that the success of Blue Moon has led wannabe competitors to just class these beers as "wheat" beers. Guys, you're working for a brewery, one with world-wide connections and a huge staff of highly-trained brewers, and I've met and talked with some of them: you know damned well that there is more than one type of wheat beer. So why do you let the marketeers be stupid about this? It's not just a wheat beer, it's a --

Oh. My. God. It just hit me. Of course. It's a witbier-inspired beer...a Belgian-inspired beer. Is it that InBud doesn't want people making the Leuven connection, doesn't want to in-their-face American customers with the Belgian-based dark overlords of Budweiser? I don't know, but it is a consideration.

As Bryson points out, there are several well-known varieties of wheat beer. Perhaps the most popular type is German hefeweizen. Local brewer Schlafly does a fine take on this style and literally thousands of micro-brewers worldwide have created countless variations. Less popular wheats are the sour beers Berliner weisse and lambic, which have low alcohol content are usually served with flavored syrups. The Wiki on Wheat Beers serves as a nice primer, and touches on a few of the more obscure strains.