The New York Times reported yesterday that salaries among college presidents rose 5.5 percent in 2007-08 fiscal year. (Hold your rage, for now; they stopped calculating before the beginning of the Great Recession.)  The median compensation for a college president is $627,750, but naturally, some earn more. Much, much more.

Near the top of the rankings, at number four, is former Webster University president Richard S. Meyers, who earned $1,429,738 in 2007-08. That's more than $150,000 less than his most highly-compensated peer, Shirley Ann Jackson of Rensselaer Polytechnic Institute in Troy, New York, who pulls in $1,598,247. 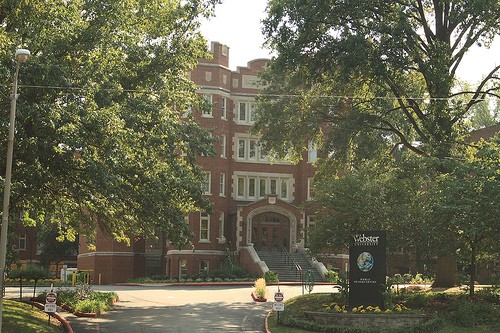 Except, says Webster spokeswoman Susan Kerth, the Times' reporting is not entirely accurate. "His salary was not $1.4 million," she says. "That was what was on [tax] Form 990, but it was not a true reflection of [Meyers'] salary."

"The 990 included deferred compensation owed to Dr. Meyers upon his retirement," Kerth explains. "It's a common practice in higher education to give out longevity or performance bonuses. Dr. Meyers was here for 14 years. That's a long time for a college president, and he was very successful at growing this institution from a small midwestern school to a global leader."

According to a report by the Chronicle of Higher Education which Kerth kindly forwarded to Daily RFT, Meyers' actual salary for 2007-08 was a comparatively modest $696,713. The remainder of his million-dollar paycheck was comprised of $733,025 in benefits and a $2,163 expense account.

Portions of Meyers' salary, Kerth says, had been invested over the course of his presidency and allowed to accumulate, tax free. Meyers had the good fortunte of resigning in February, 2008, more than six months before the great crash. 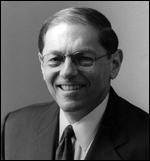 The Chronicle's report shows that $1.4 million was by far the most Meyers ever earned during his tenure at Webster. His starting salary in 1996-'97 was $222,511, plus $13,500 in benefits and a housing allowance. The university was not required to reveal the amount of the housing allowance and so did not, but a notation from 2001-02 shows that Meyers received $76,538 for housing and an additional $3,833 for a car and club membership.
Before 2006-07, his total compensation was never more than $410,000, well below what the Times reported as the national average.

Kerth declined to tell Daily RFT how much Beth Stroble, Webster's current president earns. (Stroble took office in August.) "It's not our police to comment on personnel matters," she said. Except, of course, when they become public record.