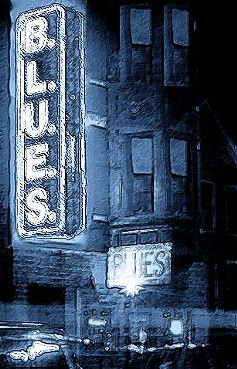 -- Well, the Blues still can't score, but at least Lars Eller had himself a nice debut, eh? Eller became the twelfth player in St. Louis Blues' history to score in his debut game, as he put in a game-tying, power play goal in the third period. (Well, I say he put the goal in; technically, the puck just sort of bounced off him, but hey, that's the way hockey works.) So congratulations to Mr. Eller on his first NHL goal.
As for the rest of the team, I'm going to have to hold off on the kudos until they actually start scoring some frigging goals. Especially at home, where they've lost seven out of eight. At the beginning of the season, looking at the schedule, I thought the Blues might have a chance to get off to a fast start, given such a large percentage of their games were in the Lou to begin with. Turns out it may have been the worst thing that could have happened to them, because they apparently just can't score at home.
-- It was nice to see T.J. Oshie back out on the ice as he returns from his recent appendectomy, but to me he looked a step off his normal pace. Not all that surprising, of course, but I do wonder if it wouldn't have been prudent to give Oshie another game or two off. Then again, he's missed four games already, so extra rest may not have helped. Maybe he's just going to need a couple games on the ice to get back up to full speed. And really, he didn't play badly, by any means; it just looked as if he were a little behind where he would normally be.
-- What is encouraging about the Blues' offense, despite the lack of scoring, was the number of shots they took. The Blues took more than 30 shots for the third game in a row, so at least it isn't as if they lack for chances. They were active in front of the net and not at all shy about pulling the trigger, so I'm encouraged by that. If they can keep putting shots on goal the way they did last night, this offensive funk won't last.
In that same vein, I have absolutely no idea how Miikka Kiprusoff, the Flames' goalie, stopped Brad Boyes' shot early in the first period. Boyes took a point-blank shot on a quick pass from Brad Winchester in the corner. It was a perfect, textbook example of how to properly execute a one-timer, yet somehow Kiprusoff made the stop. It seemed a bit allegorical, to be honest, representative of a season in which the Blues seem to be doing all the things they should be, yet finding little in the way of success to show for it.
-- After a couple of rough outings, Chris Mason had a solid game last night as well. He stopped 29 of 31 shots, and the only two goals he allowed were both heavily traffic-assisted. The overtime goal in particular, scored by Diom Phaneuf, tipped off either the skate or the shinguard of Oshie on its way to the goal.
-- Honestly, last night's game may have been the most evenly matched of any I've seen this season. What it really came down to was one stat: Mason stopped 29 of 31 shots, Kiprusoff stopped 30 of 31. The teams seemed to be exactly even; if Kiprusoff doesn't make even one of those stops (the one on Boyes' one-timer, for instance), the game goes to the Blues in regulation.
It's frustrating to see the Blues continue to struggle to put the puck in the net, but I certainly can't complain about the game they played last night. If they can put that level of play on the ice consistently every nigh, this team will have no trouble winning games this season.

Speaking of The Rundown, Blues