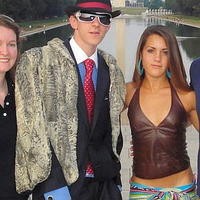 The strategic brain behind the group looking to derail Metro's quest for a sales-tax hike to restore and expand transit services is a Tea Party activist and "very good friends" with the two ultra-conservative crusaders -- James O'Keefe and Joseph Basel -- arrested in January for allegedly attempting to illegally access the phone lines of U.S. Sen. Mary Landrieu, D-Louisiana.

His name is John Burns, chief spokesman and treasurer and, as he put it earlier today, "chief bottle washer" for the Citizens for Better Transit.

Burns, 26, grew up in Florissant and graduated from Truman State with a degree in philosophy. He is married and does commercial retail work for rural telephone companies.

Last November, Burns, along with O'Keefe and Basel, participated in a "campus gulag" (video here) at Washington University that Adam Shriver at St. Louis Activist Hub has written about. The trio passed out literature that claimed the U.S. was "becoming a gulag state because of things like AmeriCorps, child labor laws, and the Civil Rights Act."

Also last November the three attempted to sabotage a Show Me No Hate rally outside the St. Louis Cathedral Basilica that opposed the St. Louis archdiocese's financial support of a measure to defeat same-sex unions in Maine.

Burns, O'Keefe and Basel tried to blend in with the gay-rights activists before revealing their true intent to disrupt the rally. 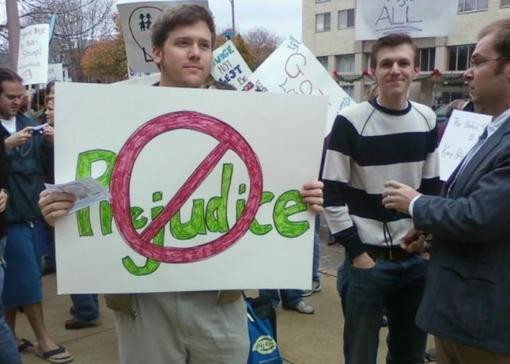 
The trio then wrote "Free Abortions" on the sign and attempted to hold it up to the Catholics who were attending mass as the Basilica. They also shouted "what about health care?" while people were attempting to speak at the rally. In other words, John Burns, who presented himself as a fighter for free speech when complaining about the administration's response to the gulag, attempted to directly interfere with the LGBT community's ability to express themselves in a peaceful rally.

Burns, who attended the recent Tea Party convention in Nashville, said today that he believes he first met O'Keefe at an intercollegiate studies seminar in Washington, D.C., where he spent a number of years before moving to Montana. He returned to St. Louis in 2008 and signed on with Citizens for Better Transit late last year.

Meanwhile, at a news conference this morning inside the Loop Conference Center (located in the basement of Screenz computer center), Burns opened up a new front against Metro, claiming that the transit agency seeks passage of Proposition A in order to help offset the cost of Metro's $330 million debt in unfunded liabilties for retiree benefits.

"Metro is deceiving the public," Burns said. "And this is just further evidence of the insolvency of the entire organization."