Lean Times for the Associated Press in St. Louis 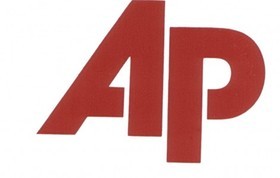 Like virtually every media outlet in the country, the Associated Press has succumbed to hard economic times.

As U.S. newspapers grapple with dwindling circulation, a loss of readership to free online media and a precipitous drop in print advertising, the AP last year imposed a hiring freeze. It also cut payroll expenses by 10 percent and continues to trim the number of reporters that staff its more than 300 bureaus in 120 countries throughout the world.

In St. Louis, the AP is primarily manned by correspondent Jim Salter. For decades, the wire service here employed at least four full-time reporters and a sports writer.

Wrote AP's director of media relations, Paul Colford, in an e-mail: "Though it's AP policy to refrain from discussing publicly its staffing assignments, a check shows the St. Louis staff is much larger than you suggest."

Salter said on Tuesday that he was the only reporter working on "on a daily basis," in the St. Louis bureau, though he did stress that he has other AP correspondents he can call on for assistance.

Founded in 1846, the AP is a not-for-profit cooperative owned by its 1,400 contributing newspapers, and more than 5,000 radio and TV stations. When long-time rival United Press International collapsed in 1993, AP became the only national news service in the nation. Other English-language wire services, such as Reuters and Agence France-Presses, are based outside the U.S.

Earlier today, Paul Colford for AP corporate headquarters in New York called the Daily RFT and insisted that the St. Louis bureau is staffed by Jim Salter and four other full-time correspondents.