So the commissioner of the Big Ten came out yesterday to deny the rumors -- started this week by a Kansas City radio station -- that it plans to add University of Missouri (or University of Nebraska) to its conference. 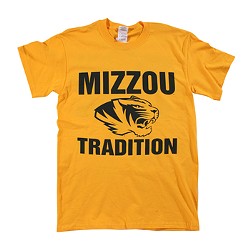 Commissioner Jim Delaney sent an email to conference coaches saying that there was "no truth" to speculation of a Big 12 team joining the Big 10 in the immediate future.

That's too bad for Mizzou from both an athletic and academic standpoint. How's that?

As Post-Dispatch sports writer Vahe Gregorian laid out in an excellent article Sunday, the wealthier Big Ten provides its schools with between $20-$22 million in shared revenue each year for its athletic programs. The Big 12, meanwhile, pays out between $7-$12 million per school. And generally speaking, the more money an athletic program has, the better it can compete.

Academically, the Big Ten is also vastly superior to the Big 12 -- at least according to the arbitrary, but nevertheless highly touted, college rankings. For example, just two Big 12 schools (Texas and Texas A&M) rank above the three worst schools in the Big Ten (Indiana, Michigan State and Iowa) according to the latest U.S. News and World Report list of best colleges.

Or, to put it another way, the magazine ranks all Big Ten schools as among the nation's 71 best universities. Only two Big 12 schools are ranked equally as high and Mizzou ain't one of them. The University of Missouri ranks at No. 102 in the nation. So, one would think, that adding it to the Big Ten could only help academically. Governor Jay Nixon seems to agree, telling the AP:

"I'm not going to say anything bad about the Big 12, but when you compare Oklahoma State to Northwestern, when you compare Texas Tech to Wisconsin, I mean, you begin looking at educational possibilities that are worth looking at."

Meanwhile, the Kansas City Star reports that Mizzou officials are seriously considering joining the Big Ten, even if the conference isn't knocking on the door -- yet.