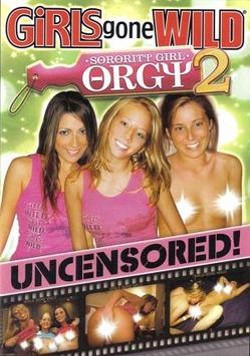 Good afternoon, Daily RFT. I'm just back from a long weekend at a bachelor party. Boy, did I have fun!

What!? I've been voted Ass Clown of the Week? How can that be? When I left town Friday for the bachelor party (which was really awesome, btw) I wasn't even a nominee for our weekly contest. But wait, here's an explanation: It seems the readers of Jezebel.com didn't take kindly to me nominating an anonymous woman, identified only as "Jane Doe," as one of our Ass Clown contestants.

Jane Doe lost a lawsuit last week against Girls Gone Wild, claiming she was wronged (to the tune of $5 million) when someone pulled her top down at a St. Louis nightclub revealing her breasts. The scene later ended in one of GGW's notorious videos.

I've now watched the video (you can find copies of it floating around the Internet), and would like to present the facts as I imagine the defense attorney for GGW did last week to the St. Louis jury:

2. When confronted by the camera, did Jane Doe playfully lower her chest (revealing her cleavage), grab hold of her boobs and jiggle her bosom in the direction of the camera? Yes.

4. Did Jane Doe then turn to the camera again, grab her breasts once more and again jiggle them? Yes.

5. Did Jane Doe then turn a third time to the camera and pull down her tank top, revealing more of her breasts? Yes.

6. Did at around that same moment another woman appear in the video and place her hands near the top of Jane Doe's tank-top? Yes.

8. Did Jane Doe then turn to her friends and laugh following the incident? Yes.

9. Did Jane Doe's entire appearance in the film last less than 20 seconds? Yes.

10. Based on Jane Doe's appearance in the film, do you think she was wronged to the tune of $5 million? No.

As jury foreman Patrick O'Brien told a Post-Dispatch reporter at the conclusion of the three-day trial: "She was really playing to the camera. She knew what she was doing."

This morning I talked to GGW's attorney, David Dalton of St. Peters, who pretty much confirmed the line of questioning above. He added that Jane Doe never contacted police about her alleged assault or never prosecuted the woman (whose identity she knows) who pulled down her top. What's more, the jury could have awarded Jane Doe any amount of compensation from one dollar to $5 million. But in the end, they agreed not to award her one cent.

"Because the jury did not find her credible," says Dalton.

Today I also had a lengthy conversation with Jane Doe's attorney, Steve Evans.

"When the someone at Mantra decided to put her in the DVD, that's when the violation of privacy occurred," says Evans. "Our client's position is she was having fun dancing at a club,  and someone pulled her top off. Even though something like that doesn't happen on regular basis, it didn't cause her alarm to call police. What caused alarm was finding it on DVD later."

Why not demand that Mantra simply remove the 20 seconds in which Jane Doe appears in the film? Because, says Evans, Mantra has already agreed to remove her from the video but has not actually followed through with their promise.

Evans adds that he and his client are planning an appeal. Curiously, says Evans, the jury tended to be mostly made up of people younger than 40.

"One of the jurors actually told us that his generation (under 40) didn't see the using of her image as 'that big of deal,'" says Evans.

1. By nominating Doe as Ass Clown was I implying that it's okay to sexually assault women at nightclubs? No.

2. Could I have just as easily chosen to nominate Girls Gone Wild, the jury, or that other anonymous person -- the one who pulled down Jane Doe's top -- as Ass Clowns? Yes. Although the fact of the matter is this: a jury of Jane Doe's peers found her argument to be without merit.

3. To the readers of Jezebel: Sorry to have offended you. To the readers of Daily RFT (several of whom contacted me personally over the weekend to lend me their support): Thanks. You are the people who read this site day in and day out and keep it going with your comments, feedback and tips. I hope you'll continue to return.

4. As for me being added to the list of Ass Clown nominees and winning the title (again): No worries. It's really just a shame that none of you could have seen my behavior this weekend -- at the bachelor party. You wanna talk about Ass Clown behavior? Whew.

Tags: Ass Clown of the Week, Follow That Story, Image

Jump to comments
« Arnold, Missouri Makes a Cameo in "…  |  Edward Jones Dome Dubbed One of the… »

Speaking of Ass Clown Of The Week, Follow That Story