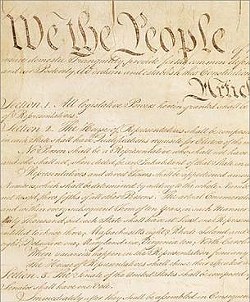 Owners of Lure Nightclub discovered Wednesday that they were the sole downtown bar to receive a citation letter from the St. Louis liquor commissioner calling them to a meeting to discuss nuisance complaints. Now comes news that they're also the target of a petition drive from neighboring businesses and residents.

Wednesday's citation letter attributed Lure customers with a spate of violence downtown -- including street fights, gunshots as well as "lewd and indecent" behavior. Two other nightclubs mentioned by city officials last week as problematic -- Sugar and F15teen (Club 15) -- did not receive such letters. Instead, the city says it's now willing to work with those clubs without the threat of revoking their liquor license.

Pat Washington, spokeswoman for Lure, tells Daily RFT that Lure's owners, siblings Nick and April Trupiano, can't help but feel targeted by what seems to be a coordinated attack from city officials. She notes that several media outlets received the citation letter Wednesday before the Trupianos got wind of it.

"It appears someone is pissed off at City Hall and the information is freely flowing," says Washington. "You got to wonder: Why is the city willing to work with the other bars but not Lure?"

Liquor commissioner Bob Kraiberg tells Daily RFT that the citation against Lure was driven by neighborhood and police complaints. Late Wednesday Kraiberg says the civic group Partnership for Downtown St. Louis submitted a petition (circulated since last month) calling on his office to hold a hearing to review complaints against Lure.

Kraiberg says he's yet to review the petition and its signatures. Partnership for Downtown St. Louis, meanwhile, refused to discuss specifics of their petition drive yesterday with Daily RFT. Instead the agency emailed us a statement, saying:


We support the City of St. Louis in calling for a public hearing. A growing number of property owners - commercial and residential - located near the clubs in question have signed petitions calling for a public hearing as well. We believe these are issues that merit an open discussion and this public hearing process is the best way for everyone's concerns to be heard fairly, including the clubs. We are committed to keeping the downtown neighborhood safe, clean and welcoming for people to live, work, play and do business here.

Last week Nick Trupiano told Daily RFT that the real issue the city has with Lure is the club's "Red Hot Thursdays" -- a night that caters largely to an African-American clientele.

"We've had officials and police officers tell us they don't want us having our Thursday night event," says Trupiano. "They couch it by saying it's an issue of crowd-control, but I think race is definitely a factor."

Trupiano's spokeswoman, Pat Washington, asks another question: At what point is a club responsible for the actions of its patrons outside its establishment? She notes that none of the violence the city associates with Lure occurred within the nightclub.

"They (the city) say all these incidents are the result of Lure patrons. I'd say that's hard to prove," says Washington. "Still, at what point is a nightclub responsible for the actions of its customers. Within one block? Two blocks? A half a mile?"

Lure's hearing with the Excise Division is scheduled for 2 p.m. August 27th in Room 208 of City Hall. It's sure to be a heck of a show.