St. Louis police continue to investigate the curious death of Emma Scott, a 30-year-old woman whose body was found lying in the grassy curb early Wednesday morning near Russell and Jefferson (below). 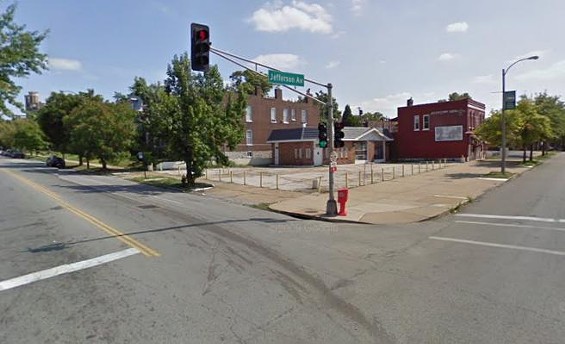 Police report that Scott's body had no visible signs of trauma when it was discovered around 6 a.m. yesterday. Scott lived in the 4600 block of Idaho -- about two miles south of where her body was found. An autopsy is underway. More details when they become available.