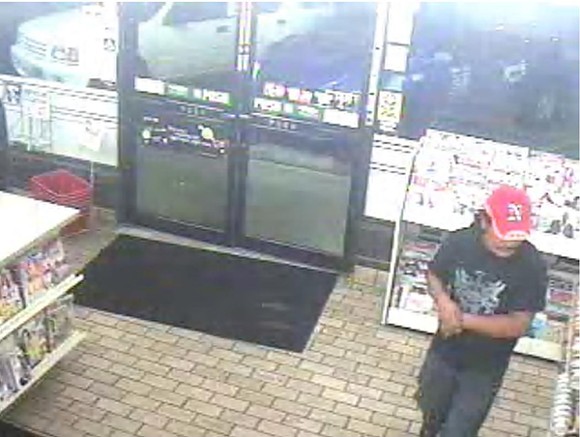 St. Louis police are hunting for Fermin Jantes, whom they have identified as a person of interest in the August 1 hit-and-run car crash that killed Dave Hagerty, the lead singer of the band Fattback.

The police identified Jantes as the driver of the pickup truck that hit Hagerty's car via surveillance photos taken in a convenience store not far from the intersection of Manchester Road and Kingshighway where the accident occurred. Jantes, 38, was last known to be living in St. Charles County. Anyone with any information about his current whereabouts should call CrimeStoppers at 1-866-371-TIPS.

For more about Hagerty, see Christian Schaeffer's obituary over on A to Z.

Another picture of Jantes after the jump.