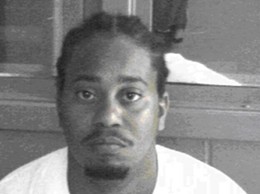 Corey Cross, the prisoner who escaped from a Lincoln County jail Monday with John Wesley Jones, has been captured hiding out in an apartment on Chippewa Street in south St. Louis.

The St. Louis police department reports that its Violent Offenders Unit along with officers with the U.S. Marshals Service and FBI apprehended the suspect in the 3300 block of Chippewa between Grand and S. Compton.

Cross was being held on a weapons charge when he and Jones escaped custody early Monday morning. Jones was caught yesterday hiding out in an attic of a home in Swansea, Illinois.