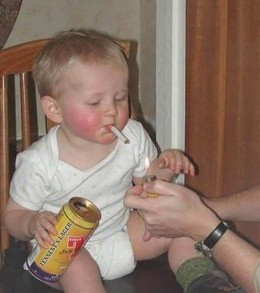 Twelve years after the tobacco industry agreed to a multi-billion-dollar settlement with the attorneys general of 46 states, the Campaign for Tobacco-Free Kids is out with a new report examining how -- if at all -- those funds are being used to prevent youth from smoking.

The study isn't kind to the Show-Me State, a.k.a. the "Buckle of the Ciggie Belt."

The Campaign for Tobacco-Free Kids found that only three states devote fewer resources to smoking prevention than Missouri. Those states -- Nevada, Ohio, and New Hampshire -- allocate no money to smoking cessation. Missouri allocates a paltry $60,000, which is 0.1 percent of the $73.2 million recommended by the U.S. Centers for Disease Control and Prevention (CDC).

Other disturbing figures, according to the report:

Even worse, according to the author's of the report, is Missouri's tax rate on cigarettes (now the lowest in the country at 17 cents per pack compared to the national average of $1.45) that makes cigarettes affordable to children.

"Missouri is one of the disappointing states when it comes to fighting tobacco use, and it is letting down the state's kids and taxpayers as a result," says Matthew L. Myers, president of the Campaign for Tobacco-Free Kids. "To step up the fight, Missouri should raise the tobacco tax and use some of the revenue to increase funding for tobacco prevention programs. Even in these difficult budget times, tobacco prevention is a smart investment that saves lives and saves money by reducing tobacco-related health care costs."

Nearly 19 percent of high-school students smoke in Missouri, according the campaign.