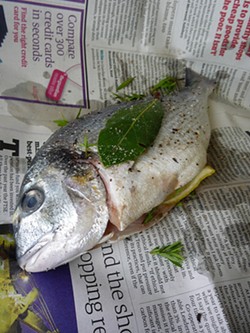 The Globe-Democrat is dead (again).

The online paper published its last snippets last week -- some thirteen months after its first launch.

Back in late 2009 publisher Dan Rositano hoped people would flock to his site, named after the old St. Louis daily paper that ceased operations in 1986. But almost immediately the online paper had troubles, including a copyright issue with another publication also operating as the Globe-Democrat.

Moreover, the online paper never seemed to make any money. In May of last year Rositano's entire sports staff quit in unison after not getting paid for their work. For the past few months the paper had run little more than wire stories. The site is currently down.