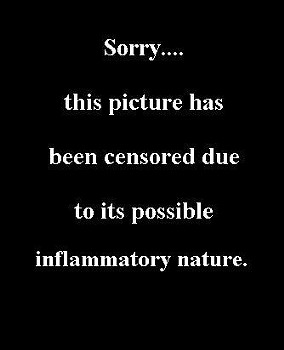 Okay, first off, I would like everyone to look at the title of this post. Now, just take a second to appreciate my self-restraint. I went out of my way, exercising massive amounts of self control, to avoid making any sort of Filthy or Dirty Sanchez joke here. ("The Cards Get a Filthy Sanchez -- And Seem to Like It," was the clubhouse leader.) It wasn't easy. However, I figure you'll get enough of that from just cruising around the rest of the internet, so I held back.
However, that does not mean the word filthy isn't applicable here. Eduardo Sanchez made his major league debut last night, striking out five batters in two innings and making the Arizona hitters look just this side of helpless. I said just recently in a post about the Cards' early bullpen woes that Sanchez is a better fit to close than any other pitcher the Cardinals have, either at the major or minor league levels. Hopefully you see now what I mean.
So just how -- ahem -- filthy was Sanchez last night? Well, I was out of pocket last night, forced to follow the game on my phone, and Sanchez still managed to make an impression. According to MLB's Gameday feature, he was consistently sitting in the 94, 95 mph range. The odd thing was this: at least half of those 94 mph offerings were being classified as cutters. Now, to my knowledge, there's only one player in baseball I can think of who throws or has thrown a mid-90s cutter, and that's Mariano Rivera. So, needless to say, I was intrigued.
When I got home, I flipped on the television, queued up the DVR, and curiously waited to see just what the story was. Lo and behold, there it was. A pitch at 94 mph, taking a hard left turn about halfway home and just eating up Diamondback hitters. It was, to put it mildly, exciting. Interestingly enough, it also reminded me of Rivera's cutter in another key was besides the velocity: there was very little drop to the pitch. Most cutters move basically like short sliders, down and to the glove side of the pitcher. Check out Jaime Garcia's when he pitches in Los Angeles tonight. It basically acts like a slider, only faster, sharper, and shorter. Sanchez's, though, moved straight laterally with very little drop to it.
The thing is, I've actually seen Sanchez pitch live a few times in the minors, particularly with the Cards' Double A affiliate in Springfield. In none of those cases, however, did I have a chance to view him from either center field or behind home plate, where you can really get a feel for the sort of movement the ball has. You could tell he threw hard, and his breaking ball would periodically force a right-handed hitter to duck out of the way of a knee-high strike, but that vicious cut wasn't obvious from off to the side.
Now, all of this hyperventilating should be taken with a grain of salt, of course. After all, this was Sanchez's major league debut, meaning there was virtually no video on him, a cursory scouting report, and the Arizona hitters had no idea what they were looking for. At some point in time in the future, Sanchez will meet up with a team who has seen his offerings a bit more and he'll have to come in to the meat of the strike zone. Even so, the movement on his fastball alone should be enough to keep him from getting hurt. That's not even taking into account his curveball (which might be a slider, or might not), which is one of the nastier breakers you're likely to see.
It's much too early to declare Eduardo Sanchez the Cards' new closer, or even their closer-in-waiting. Far too many pitchers, regardless of how overwhelming their stuff might be, have crapped out at the big league level to make some grand statement about his future. (Anyone here remember Jimmy Journell?) Plus, the Cardinals have a manager with sort of a reverse Jack Weinberg/Jerry Rubin philosophy on the world, especially when it comes to closing games: he just doesn't trust anyone under 30. It's tough to see any way Sanchez becomes more than a tantalizing extra in this bullpen, at least in the near future. Still, you can't argue with what we saw from him last night, a combination of velocity, movement, and command no other reliever on the team has.
He was, well, filthy.
Tee-hee.

Jump to comments
« EXTRA! EXTRA! Post-Dispatch Editori…  |  Comment of the Day: Hip Hop Will No… »