The K Kids Are Alright (For Now) 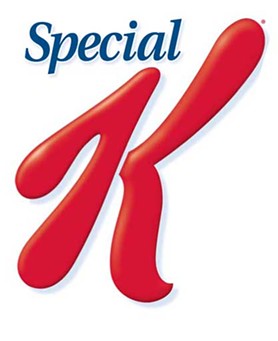 There were plenty of story lines to come out of the Cardinals' weekend series against the Cincinnati Reds. Two of the games' best offenses squaring off. Dueling MVP winners. Jake Westbrook finally turning the corner. Dusty vs Tony and The Weather Channel. Brandon Phillips and his Magic Twitter Account vs The People of St. Louis. No shortage of intrigue whatsoever.
Of all those story lines, though, none loom quite so large over the Cards' immediate future as the performance of the bullpen. The relief (and occasionally the glaring lack thereof), has been one of the biggest issues for the Redbirds already this season. To wit: the Cardinals currently sit atop the National League Central (barely), with a record of 12-10. Three times this year they have held a lead with two outs and the bases empty in the ninth inning and ended up losing the game. Never mind the missed opportunities on the first home stand, when the team was just struggling to score runs; if Ryan Franklin is able to get just one more out the Cards would be 15-7 with a healthy lead over the second-place Reds, the best run differential in baseball (which they have anyway, by the by), and a winning percentage of almost .700.
Given that backdrop, what the bullpen does going forward is perhaps the single most important factor in how successful the Cardinals' 2011 is ultimately going to be.
The good news is the bullpen was stunningly good against the Reds. Well, sort of.
In Sunday's shutout of Cincinnati, Jake Westbrook's solid performance was followed by Fernando Salas and his magic act, in which the illusion of a 91 mph fastball baffles hitters by disappearing just before they swing, only to reappear in the catcher's glove. Eduardo Sanchez followed Salas with yet another dominant performance, and Mitchell Boggs closed the whole thing out in solid, economical fashion, with only a double to Joey Votto marring his line.
In Friday's game, the 'pen was, if possible, even more impressive. After Kyle McClellan made his first (and hopefully only), relief appearance of the year after the rain finally let up, he exited the game in a serious jam. He gave up a walk and a hit to begin the seventh inning, and his night was over. Sanchez came in, two men on, no outs, and proceeded to escape the inning, going through the heart of the Reds' lineup while giving up just one run. It wasn't easy or pretty, as he seemed to show some nerves throwing two wild pitches (though one really should have been a passed ball), but he got the job done.
Jason Motte relieved Sanchez and looked solid, but ended up leaving after recording just two outs and giving up a pair of groundball hits. Boggs came in and slammed the door in the eighth, then finished the game out for the first four-out save of his career. The Cards' relievers may not have dominated Friday the way they would two days later, but they held down a powerful offense and secured the win. You can't ask for anything more.
Unfortunately, in between those two performances we saw the Cardinals' other bullpen, the one that keeps fans up at night. In Saturday's game Miguel Batista, Trever Miller, and Ryan Franklin all pitched, and the result was, sadly, predictable. After Fernando Salas did his usual thing in the seventh, retiring three straight Reds without allowing a ball to leave the infield, Batista took over in the eighth and actually pitched pretty well. He retired two hitters, one on a grounder and one via the strikeout, with only David Freese's throwing error in between to mar his outing. Then, though, things got ugly. The Cards chose to intentionally walk Joey Votto and go after the much more gettable Jonny Gomes. Batista hit him with a pitch, loading the bases, and his night was over. (As was the Cardinals', unfortunately.) In came Miller, who walked Jay Bruce to force in a run, and then Ryan Franklin entered the game, hoping to find some of the old closer mojo that has been so elusive in 2011.
click to enlarge

​The mojo wasn't there. Franklin threw an 0-2 meatball to Miguel Cairo, who whacked it into left field, and a 3-2 lead had become a 5-3 deficit. Defeat from the jaws of victory, and all that.
It's interesting, the dichotomy that seems to be emerging for the Cardinals in their relief corps this year. They have the group of youngsters, Boggs-Motte-Salas-Sanchez, the guys who Derrick Goold has dubbed the K Kids. Four pitchers, all fairly young (Motte is the old guy of the group at 28), all developed in the Cards' farm system. All four have the potential to dominate every time they enter a ballgame.
Then you have the other group. Ryan Franklin, Miguel Batista, and Trever Miller. All four over 38 years old and not getting any younger. Miller was brilliant in 2009, but took a step back last season and hasn't been awe-inspiring so far this year. Ryan Franklin...well, we all know how Ryan Franklin has pitched, and he's up for the annual Garrett Stephenson Award thanks to his firm belief he's really the victim of just one bad pitch and some really tough luck, rather than a bad case of meatballitis.
Batista is the odd member of the old guys' brigade. He still throws hard, but he still can't control the ball. Most pitchers lose their stuff as they get older, but learn how to pitch in the process. The experience and guile helps to offset the downturn in sheer ability. Some manage to keep their stuff while gaining the experience; we usually call those pitchers all-time greats. (Or steroid users.) Others lose their stuff but never learn much of anything; we usually call those pitchers retirees at 33. Batista is odd in that he's never gained much in the way of pitchability but hasn't really lost his stuff, either. It's as if someone just pushed a button a decade ago and completely stopped time for Miguel Batista's career. He's been the exact same pitcher for pretty much his entire career.
Batista's ERA in 2011 looks good, but don't let that fool you. He's allowed 12 baserunners in just 7.2 innings, with half of those coming on walks. Franklin has been gasoline on a fire so far. Miller I'm willing to give a bit of a pass to, but he certainly hasn't helped himself or the team with his last couple outings.
So here's the situation: you essentially have two different bullpens. One is young and dominating, the other is old and broken down. Of course, every bullpen has that one guy you only see pitch in blowouts; you can quarantine a guy like Batista.
The problem, though, is that Brian Tallet, the Cardinals' other lefty, should be coming off the disabled list relatively soon. It isn't a problem he's coming back, of course; having a second lefty in the 'pen is usually a plus. The problem is in figuring out how to make a spot for him. Unless the Cards plan on carrying an eight man bullpen (which isn't out of the question, but probably not wise), then someone is going to have to be sent down to the minors to make room. Miller won't be the guy; that would defeat the purpose. Ryan Franklin and Batista are both veteran pitchers and can refuse a minor league assignment.
That leaves the K Kids. You would have to think Boggs is safe, considering Tony La Russa has seemingly adopted him as the closer for the moment. (And kudos to La Russa, by the way, for turning to a really good option, rather than going with the veteran in Batista as so many feared he would. Tony really impressed me in this case, and I'm more than happy to eat some crow.) Motte has been up long enough he's probably safe, and may be out of options as well. That just leaves Sanchez and Fernando Salas. The problem with sending either of them down is this: as good as Boggs has been, Salas and Sanchez have probably been the Cardinals' best relievers this year. Salas is striking out a batter per inning, has a 6:1 K:BB ratio, and has allowed just a single run while showing a propensity for escaping from tough jams. Sanchez has been even more impressive, as he currently leads all of baseball with his 15.43 K/9 rate and 0.43 WHIP. That's just 3 baserunners in 12.0 innings if you're keeping score at home.
So who loses their spot when Tallet is ready to return? It certainly won't be one of the old and broken down brigade. As sad as it is to contemplate, one of the Cardinals' best relievers is almost surely going to be headed back to Memphis, and the bullpen is going to take a step back toward being a weakness instead of a strength.