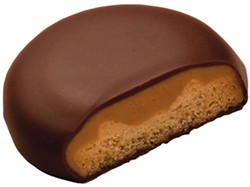 Score one for the bureaucrats.

KMOV (Channel 4) is reporting that the judge hearing the appeal of two Hazelwood Girl Scouts hoping to sell Girl Scout cookies out of their driveway has dismissed their plea without comment.

The Girl Scouts were represented by Dave Roland, an attorney with the Freedom Center of Missouri. Roland had previously predicted that the judge in the case, St. Louis County Circuit Judge Maura McShane, appeared likely to rule against the young entrepreneurs.

"I believe this is a constitutional issue. If someone is using their driveway in a way that is completely harmless, I don't believe there's been a crime or anything wrong going on there," Roland had told Daily RFT. "Can cities really tell kids that they're not allowed to have concession stands in their front yards?" Apparently, according to Judge McShane, they can do just that.

Links to our previous coverage include this story about the case and this update.

Jump to comments
« Lee Enterprises Wants to Cut Post-D…  |  Automaker: BMW Does NOT Stand for B… »