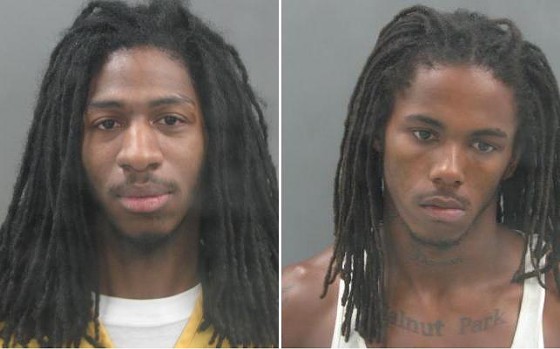 Two months after the fact, authorities believe they've finally cracked the murder of 22-year-old Calvin Ross. Ross was found July 6 shot to death in an alley in north St. Louis.

On Thursday the Circuit Attorney's Office issued warrants for first-degree murder and armed criminal action against 18-year-old Antoine Barton of the 1400 block of Reale in north St. Louis County. (Based on the tattoo on his chest, we're guessing that he also once lived in the Walnut Park neighborhood of north city.)

On Friday the Circuit Attorney's Office also charged 19-year-old Michael Ford, of the 5000 block of Emerson in north St. Louis, with the same charges. Ford is being held without bond. Court records show he has previously pleaded guilty to felony charges of unlawful use of a firearm and tampering with a motor vehicle. He was also charged in late July with unlawful possession and use of a firearm.

Bond information for Barton was unavailable.