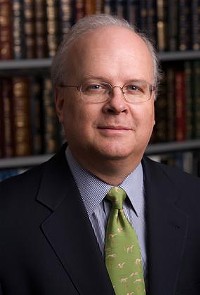 Republican strategist Karl Rove touched down in Cape Girardeau Wednesday night for a fundraiser for Lt. Governor Peter Kinder. Tickets to the dinner and discussion went for $250 to $2,500 a pop and helped raise $160,000 for the man flirting with a run for governor next year against incumbent Jay Nixon.

Kinder's campaign director tells the St. Louis Beacon that Wednesday was the most lucrative fundraiser the lieutenant governor has ever had in his hometown.

Still, Kinder trails Nixon by a long shot when it comes to campaign contributions. Nixon's campaign had $3.2 million on hand for the most recent cycle ending July 15. Kinder had half that at $1.6 million. And on Tuesday of this week, Nixon's office received a single check for $100,000 from the Clayton law firm of Carey Danis & Lowe LLC.

Kinder, of course, has been plagued in recent weeks by his relationship with a former stripper and centerfold first revealed here at Daily RFT. In response, Kinder has attacked the media and the political "kingmakers" and "insiders" in his party and elsewhere who've criticized him and who he believes are attempting to control his fate.

As Fired Up! Missouri noted this week, isn't Karl Rove the very personification of a GOP kingmaker and insider?