Reports: Man Intentionally Run Over Outside Social House of Soulard 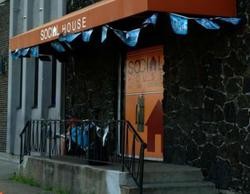 Updated at 1:45 p.m. with victim's name and additional details.

St. Louis police were already on the way to a report of a fight outside the Social House of Soulard on South 7th Street around 2:45 this morning when all hell broke loose.

According to reports, some two dozen people were standing on the the street and an adjacent parking lot outside the club when a green Mercury minivan came out of nowhere and hit a man as he left the Social House. The man reportedly flipped onto the hood, and then fell off the vehicle when the driver slammed on the brakes. Witnesses at the scene say the driver then ran over the man, dragging him along the pavement. The victim, 40-year-old Gary Patch of Columbia, Illinois, was later reported dead.

Police found the minivan a short distance away and the driver has reportedly been arrested as a "person of interest" described as a 27-year-old Hispanic male.

Last night Social House of Soulard was hosting a party titled "Mardi Gras in September." That bar is owned by members of the Trupiano family, who came under attack last year when city officials blamed their Washington Avenue nightclub, Lure, for violence occurring downtown. Lure was later stripped of its liquor license. The Missouri Secretary of State's office lists Aprille Trupiano as a 70 percent owner of Soulard Social House and Joshua Samples as a 30 percent owner.

More information as it develops.

Jump to comments
« Giants' Fake Injuries Against Rams…  |  So, What's to Become of President C… »