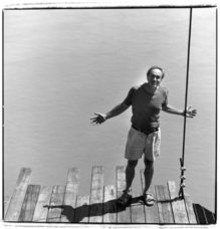 It was Bob Cassilly's unfinished symphony: The noted sculptor and City Museum impresario spent more than ten years working on a project he called Cementland. And this morning, when police say his body was found there, apparently killed in a bulldozer accident, the project still wasn't finished.

We offer this photo tribute to the project Cassilly loved. You'll see images from noted photographer Jennifer Silverberg, who shot them for D.J. Wilson's 2000 RFT profile, "There He Goes Again." You'll also see images that local photographers posted on Flickr and agreed to allow us to share here today to celebrate Cassilly's life and unfinished final project.

Here's what Wilson wrote about Cementland at the time:

There are two parts of his vision, though the skeptical might portray what he wants to do with the cement plant to be more hallucinatory than visionary. On the east side of Riverview Drive, on the 17 acres that front the Mississippi, Bob is collaborating with state agencies, nonprofits and maybe even the feds to put together a "Great Rivers Resource Center." The center would include an observation deck and a restaurant built over the river on pylons that were once used to dock barges.

The other part of what Bob wants to do is on the west side of Riverview, within the boundaries of the plant itself. If only some of what he wants to do with his new erector set comes true, the cement plant will be one world-class weird place, with a water slide winding through giant metal bins, visitors throwing rocks off a smokestack and giant obsolete machines scattered around the grounds, still grinding away.

When Bob says he has an idea, no matter how bizarre it may sound, chances are it's workable and he has the means to back it up. That does not mean it necessarily will happen exactly as he predicts it, because his modus operandi is largely improvisational, but as an entrepreneur and as a sculptor, it's not good policy to write him off just because he sounds goofy.

We'll have much more on Cassilly as the day continues, so please stay tuned. 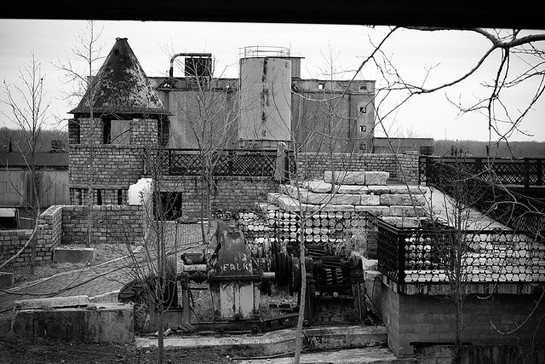 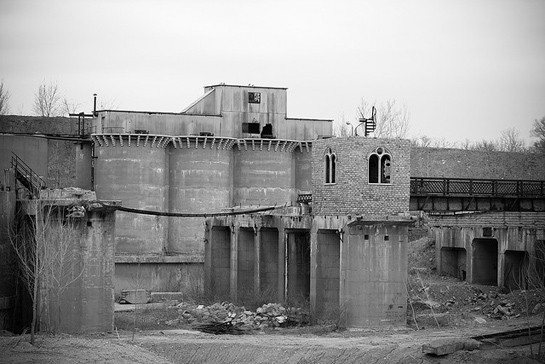