Standup Ben Kronberg: So Funny, You'll Pull a Gun on Him 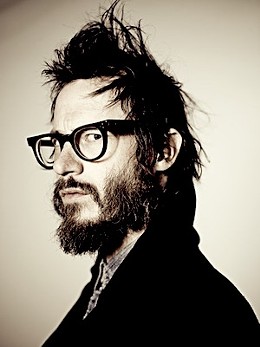 There are lots of dudes in Bushwick, Brooklyn, who resemble comic Ben Kronberg, but not many in his 'hood have the balls or neural circuitry to do what he does.

The 34-year-old Denver native, who's performed on Jimmy Kimmel, Carson Daly and twice at SXSW, favors quirky wordplay and the occasional swerve into performance art.

In short, he's unpredictable. And that makes him dangerous. Very dangerous. (He once had a gun pulled on him at a show. But we'll get to that later.)

He'll be at Foam on Thursday and Brennan's this weekend.

Daily RFT: I must confess, I was hoodwinked at first by that parody you did with Jena Friedman of a New York Times wedding video (see clip after the jump).

Ben Kronberg: That was one of the great parts about it, which was kind of interesting. Later episodes have departed from that. Now there's no mistaking it's some kind of fictional thing. The first one was a parody, which referenced the New York Times, whereas now, the thing being referenced is the parody itself. Which changes it in this weird way.

Did you guys get in any legal trouble for that one?

Yeah, there was a bit of trouble. They sent [Jena] a cease-and-desist letter, mainly because of the logo -- not because of any words that were spoken. The series has continued under the title of the Newark Times, and there's no such thing as the Newark Times. So basically, there were no problems with that.

What's this we hear about you getting a gun pulled on you during a show?

That was something I'm not proud of. Everybody talks about it, but it's not one of those stories I like to tell. It did make it into a book about standup comedy in Denver, but I'm not bragging. Yes I am.

It was at this open mic that [the Squire Lounge] does every week, and it was snowing out in Denver. I was getting ready to move to L.A., and I was thanking the Squire for my time there. And then I started thanking different groups. The joke was about thanking things. And I said some words that may or may or not rhyme with the word "nigger."

And some guy in there, was also doing open mic that night, apparently went out to his car and got a gun and was gonna bring it in. People wouldn't let him back in. I got down on the floor. It's hard to say what happened. Somebody started a rumor.

But it wasn't like a stick-up during a comedy show. Which would be cool. A cool start of a movie.

You've done SXSW alongside other great comics such as Nick Thune, Marc Maron, Anthony Jeselnik. How are those shows?

If I'm front of an indie music crowd, I get excited because I think they can handle some more extreme ideas, so you can be a bit more candid or uncensored or whatever. So that particular venue catered to my desire for that.

I didn't make any money. I had to get myself there. I'm sure other guys were getting paid for it but I wasn't. I'm fine with it. But I do like getting paid.

"Jokes on Spokes" -- your bicycle delivery service wherein you deliver standup comedy -- is an interesting idea. How has the execution been?

Comedy is not in the delivery vernacular yet so it's hard to get out there, which is the best way to advertise for it. But I started two summers ago, and word has been trickling out. I'm getting some gigs here and there.

One of my best shows was a bachelorette going-away party at a big loft apartment in TriBeCa. And there were probably fifteen women, and the husband came to this thing.

It was pretty interactive, and intimate. I was definitely doing jokes, but they were heckling. Anytime someone feels really comfortable, whether they're drunk at a comedy show or at something like this, it's a breeding ground for hecklers. So I had to work with that. And I had to have fun with that.

But it was an awesome show. I was only gonna do 20 minutes. I did 50 minutes. It's tapping into that desire among people in New York for novelty or niche things. Everybody in NY wants to have something to do and something to talk about. And it gives me stage time, and I can hustle some money out of it.

You're the only standup I know of who's doing it.

In France there's somebody that's doing it simultaneously. They independently just started doing it, at the same time. That's just how things happen.