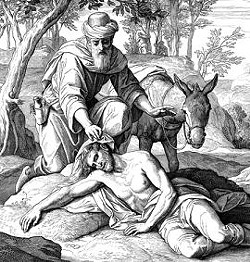 St. Louis Mayor Francis Slay got an up-close-and-personal view Friday night of the street crime known as Knockout King when he and his chauffeur drove up on a man beaten on the side of the road.

In interviews yesterday, Slay said the man had been violently attacked by a group of teens and left bloodied and dazed in the street. The victim -- a 51-year-old man -- was left with a broken jaw. It may take him weeks to recover from the attack, which occurred around 11 p.m. at Grand and Utah Avenues in Tower Grove South.

Reports indicate that the suspects involved were part of a group of a dozen or more African-American teens ages fifteen to twenty. Robbery did not appear to be the motive, as the man's wallet was still on him when Slay and his police chauffeur arrived at the scene.

Yesterday Slay said the community needs to be vigilant when witnessing suspicious activity.

"And when you see a group of twelve to fifteen youth hanging out, walking together, not really doing anything in particular, that's something I think you should call the police just so these kids, these thugs out there, know they're being watched," Slay told KMOX.

It's believed that the victim Friday is at least the sixth person attacked this year as part of the knockout game. In January, a 72-year-old Vietnamese immigrant was killed in south St. Louis when he was punched by teens allegedly playing the game.