Standup Andi Smith Gets Raw About Her Mom, Refinancing and Hot Female Comics 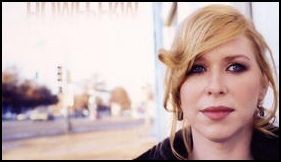 While on stage, Andi Smith doesn't wrap her feelings in pretty bows, whether the evening's agenda involves Justin Bieber, at-risk children, or sweatpants.

Nor does she mince words off-stage, as we found out last August when we did this Q&A  and crowned her Best Standup Comedian (Female) in 2011.

But you're in luck: She's headlining at The Funnybone in Westport Plaza tonight and Sunday, and opening there for John Caparulo on the nights in between.

Daily RFT: Your Twitter account, "Messages from Mom," memorializes your correspondence with your mother. Are those texts that she's sending you?

Andi Smith: Oh no, my mother couldn't text to save her life. She's from Janesville, Wisconsin. She comes from eight generations of farmers, so a lot of [the tweets] have to do with plant care, and/or some sort of food tip. She's very unknowledgeable of what normal people do.

Once she came to visit me, and as she was driving away, I was like, "Thank God." But then she called me. I thought she was going to say, "We had a really good time, we'll call you when we get back."

Another time, my boyfriend [comic John Doelling] and I went with my parents on vacation up north. My mom took it upon herself to put up this hummingbird feeder. And one of the hummingbirds was attacking the other hummingbird to get it away from the bird feeder.

So we're like, "Hey, we're going out on the boat. We'll see you later. What are you going to do?"

And my mom says, "Well, I'm just going to sit around here and wait for this neeasty hummer." 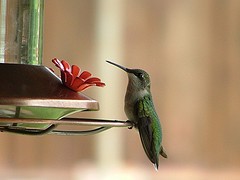 And John says, "You and me both, Nancy."

She had no idea what it meant. For days, whenever we would ask her what she was doing, she would say, "Oh I'm just sittin' around here waitin' for that neeasty hummer to come beeack."

We finally told her what hummers were. And she was like, "Oh no."


How do you and John like living in Dogtown?

I happened to buy [the house] at the height of the market, and now it's been devalued something ridiculous. I don't know if you've ever refinanced your house, but it's the most excruciating thing I've ever done.

You have to have people come and appraise it, and you know they're from the bank. I've learned never to trust a man with a tucked-in polo shirt. That was the man who devalued my house. I was so pissed.

So every other day, I'm calling the bank and just swearing at people. Whoever would answer the phone, I would start freaking out on: "Fuck you, you should all be arrested!" I would just call up and ask, "Where did the 700 billion dollars go? Where did it go?"

So these people hated me. My loan officer wouldn't even return my calls because she knew she would just get yelled at.

Let's talk about other things you disdain. How about beautiful female comics?

I think there has to be a certain amount of personal pain to become a real comedian. You can be become a comedian and have been the most popular guy in high school. But I won't find you funny, because I just naturally don't like you.

I have suffered through being a fat redhead most of my life. When I started, I was in the corner of the room, thinking, "I gotta write my jokes, I gotta get up on stage and travel around the country like a normal human being."

All the female comics who just use their sexuality, as if that's supposed to be enough -- what happens is, they get rewarded for doing that, which just reinforces the idea that women aren't funny. I'm not faulting them. It's America. Everybody has a right to work. But I have a right to my opinion.

If I'd spent ten years trying to be a surgeon, and a bimbo walked in and the head of the hospital made her head surgeon, I'd be like, "What? Are you serious?"

You once mentioned to me that comedy is not the biggest thing in your life anymore.

I love comedy. But comedy has really blown up in the past six years. I started 10 years ago, before Last Comic Standing. I grew up learning comedy from Brett Clawson and Dan O'Sullivan. And that's why I got gigs, because I was funny.

Now, when you turn on the TV, you see women like Whitney Cummings and Natasha Leggero who -- fine, some people find her funny. I personally find it to be the most excruciating 40 minutes of my life.

I still love stand-up comedy. I don't think I want to be famous. It used to be you were famous and people sent you presents; now you're super famous and they hide in your bushes and wait to take naked pictures of you. Being famous doesn't have the same appeal to me as it does to other people.

I'm headlining a good portion of the time now. I get to work with people I want to work with. People do seek me out and say "We'd love to have you up at our club." It's not like I'm out pounding the pavement and printing out head-shots. So that's good enough for me.

Maybe it's the farmer blood in me -- maybe that's it.  But I fucking like making salsa. I like being home. I like cooking. The garden here in our backyard is a huge freaking deal. There are other things that are becoming more important.

Maybe I'll write a food blog. I don't know where my home is in the showbiz-comedy world. But I'm willing to admit it might not be the traditional one.