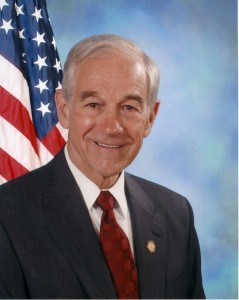 Well, that was comparatively easy. On the day Rick Santorum suspended his presidential campaign, the St. Charles County Republicans picked Ron Paul as their man at the party's do-over shot at a caucus. There were no arrests, no embarrassment and no cries of unfair tactics.

But Paul's victory last night may not be anything more than a morale booster for Paul supporters.

For starters, Mitt Romney has seemingly wrapped up the GOP presidential candidacy. 1,144 delegates are needed to win the nomination. Romney has an estimated 645 at the moment, while Paul has 45. That's a lot of ground to make up.

Also, last night's caucus was not about determining which of the candidates gets Missouri's delegates, it was to determine which people would be sent to the state district caucuses. At those caucuses, to be held later this month, people will be selected to send to the actual state caucus in June. It's the that state caucus that will ultimately determine which candidate will be the official candidate for Missouri Republicans.

Confused? Me, too. Our democratic process can seem needlessly convoluted at times, and that's not even taking into account the electoral college.