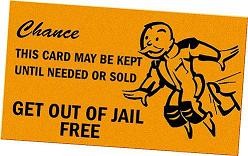 Michael D. Sorkin of the Post-Dispatch had a colorful little article yesterday on St. Louis' amnesty day for people with parking tickets. Those with delinquent citations could head down to America's Center and pay the original fine for their outstanding ticket.

But as Sorkin reported, the event was a bit of a racket.

People participating in the amnesty had to pay $10 to $25 to the organizer of a career fair (also held at the convention center over the weekend) for the privilege of paying their tickets. Gary Boyd, one of the organizers of the Community Needs Expo, said his group came up with the idea of the amnesty event (in the hopes of attracting more people to their career fair) and could therefore justify charging those participating in the amnesty program. Participants also had to wait up to four hours and longer to pay their tickets.

But what was most remarkable about Sorkin's article was this little tidbit found halfway down:


Boyd said one woman had showed up hoping to take care of a murder warrant.
"This program doesn't cover that," he added.

Which leads us to wonder: Perhaps "America's Most Dangerous City" could use an amnesty day for murder suspects? Those wanted for outstanding murder charges could turn themselves in in exchange for leniency from the courts.

We already do something similar for murder weapons. Once or twice a year, the police hold an event where people can turn in firearms to authorities -- no questions asked. Is it all that absurd to do the same for those who pulled the trigger?